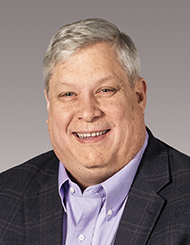 Patrick considers himself a “car guy,” though not quite obsessed enough to be a “car geek.” That only proves you don’t need to be an automotive engineer to make a lasting impact on the car industry.

From his 11-year stint as editor-in-chief at Cars.com to his current position as lead autos editor for Consumer Reports, Patrick has always tried to put the reader first. That means working with actual shoppers to find the best vehicles without confusing them with industry jargon.

“I’ve been most proud of the work that my teams have done that have made folks safer, exposed those who would take advantage of others, and led to new laws and other permanent improvements,” he says.

The latter accomplishments include persuading lawmakers to enforce stricter regulations on cars used for driver’s education in Illinois’ public high schools and influencing Tesla to improve the braking distances in its Model 3 sedans.

Earlier in his career, Patrick served as Page One editor for the Chicago Tribune for six years, including the 2000 presidential election and the 9/11 attacks. A recipient of several reporting, design and headline-writing awards, he was also a part of the Tribune team that won a Pulitzer Prize in 2001 for exposing problems with America’s air traffic system.

The Marquette pillar of service has had a direct influence over how Patrick manages his teams. “It’s my job to serve them,” he says. “Just as reporters and editors have responsibilities to their bosses, leaders have the responsibility to listen, to respond in a timely fashion, to be honest and fair.”

Fun Fact: When Patrick worked for the Marquette Tribune, it was a five-day-a-week publication. He says working on those deadlines “really prepped [him] well for the grind ahead.”