Lieutenant Colonel Ioannis E. Kiriazis graduated from the United States Military Academy at West Point in 1996 and was commissioned as a 2LT in the U.S. Army Infantry.

After completing the Officer Advance course, LTC Kiriazis served as the Company Commander in 2000-2003 for both C and HHC Companies in 5th Battalion, 20th Infantry Regiment where he was instrumental in establishing one of several Stryker Vehicle equipped companies in the U.S. Army.

LTC Kiriazis was then assigned to the Joint Readiness Training Center at Fort Polk, Louisiana, during 2003-2007 and served in almost every Observer Controller position from platoon, company, to battalion.

After promotion to Major, LTC Kiriazis served as a Battalion Military Training Team Advisor to the 3rd Battalion, 1st BDE, 5th Iraqi Army Division in Diyala Province, Iraq, during the surge. During this deployment, the 3-1-5 Iraqi Army Battalion greatly contributed to stability through counterinsurgency operations against Al Qaeda in Iraq (AQI) and effectively executed operations as part of Operation Arrowhead Ripper.

Following redeployment, LTC Kiriazis attended the Naval War College in Newport Rhode Island where he received a master’s degree in National Security and Strategic Studies. Upon Graduation, LTC Kiriazis served as the Executive Officer for 3rd Battalion, 7thInfantry during 2009-2011. 3-7 IN deployed to Al Anbar Province contributing to stability operations and responsible for training elements of the 7th Iraqi Army Division. During this deployment, 3-7 IN earned the Meritorious Unit Citation in appreciation for operations in Al Anbar during Operation New Dawn.

LTC Kiriazis then deployed to the Republic of Korea where he served as the Eighth Army Deputy Chief of Operations following his promotion to Lieutenant Colonel. During his tenure, he served as the Chief of Operations for two Yama Sakura Joint Training Exercises in Japan and several readiness exercises with Republic of Korea forces on the peninsula.

From 2015 to 2016, LTC Kiriazis also served as the Executive Officer for the Army ROTC Program at Norwich University before selected to serve as the Professor of Military Science for the Golden Eagle ROTC Battalion at Marquette University.

LTC Kiriazis is married to the former Ms. Ashley Prest of Oconomowoc, Wisconsin. He has two sons, Timur and Anton Kiriazis. 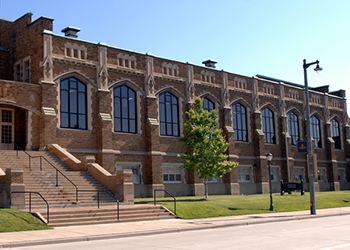