Today, the twenty-fifth of December,
unknown ages from the time when God created the heavens and the earth
and then formed man and woman in his own image.

Several thousand years after the flood,
when God made the rainbow to shine forth
as a sign of the covenant.

Twenty-one centuries from the time of Abraham and Sarah;
thirteen centuries after Moses led the people of Israel out of Egypt.

Eleven hundred years from the time of Ruth and the Judges;
one thousand years from the anointing of David King;
in the sixty-fifth week according to the prophecy of Daniel.

In the one hundred and ninety-fourth Olympiad;
the seven hundred and fifty-second year from the foundation of Rome.

The forty-second year of the reign of Octavian Augustus;
the whole world being at peace,

Jesus Christ, eternal God and Son of the eternal father,
desiring to sanctify the world by his most merciful coming.
being conceived by the Holy Spirit,
and nine months having passed since his conception,
was born in Bethlehem of Judea of the Virgin Mary.

Today is the nativity of Our Lord Jesus Christ according to the flesh. 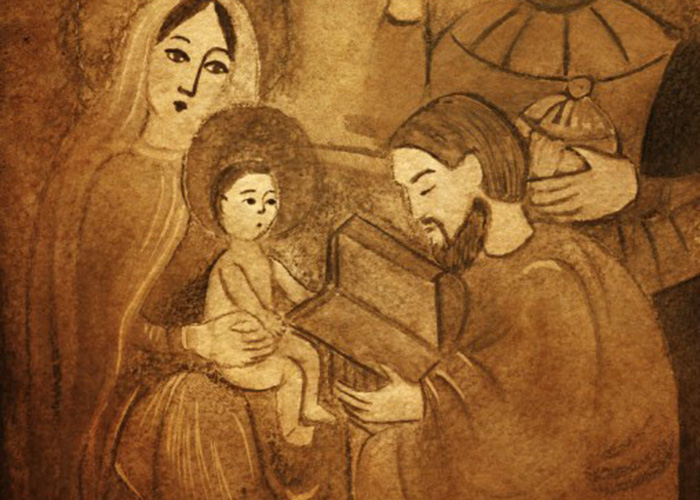