Robert M. Doran, S.J. (Ph.D., Marquette University, 1975), [Systematics], specializes in Catholic systematic theology and the philosophy and theology of Bernard Lonergan. He is general editor of The Collected Works of Bernard Lonergan (University of Toronto Press), a set of twenty-five volumes, the last of which was published in November 2019.

The focus of his current research has to do with the theology of the divine missions, The Trinity in History. Two of three volumes have been published by University of Toronto Press: Missions and Processions (2012) and Missions, Relations, and Persons (2019). The third volume is underway and will constitute a contemporary soteriology. He has worked on the integration of Lonergan's work with depth psychology and with René Girard's mimetic theory.  He is the author of articles in a number of professional journals (e.g., Theological Studies, Irish Theological Quarterly, The Thomist, Journal of Religion, Communio, Toronto Journal of Theology, Method: Journal of Lonergan Studies), and of several other books, including from University of Toronto Press Theology and the Dialectics of History (1990/2001) and What Is Systematic Theology? (2005), and from Marquette University Press Subject and Psyche (1994) and Psychic Conversion and Theological Foundations (2006).

He is co-Founder and Director Emeritus of the Lonergan Research Institute, Toronto, and currently Director of the Marquette Lonergan Project. 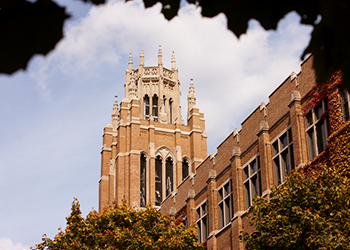