Statement on the Death of George Floyd

The police murder of George Floyd in Minneapolis is one more senseless death of a Black person in America. Combined with the Covid-19 pandemic's disproportionate impact on communities of color and the unequal distribution of economic loss, Floyd’s death has sparked national and international protest. In the United States the mass mobilization of government enforcement powers in response to these protests threatens American democracy and fundamental human rights. The litany of injustice and death perpetrated against communities of color, citizen and noncitizen alike, is so extensive and the risks to our country so great that nothing we can state here begins to suffice.

Systemic racism and its manifestation in police brutality against communities of color is a global problem. Its roots are transnational, extending beyond national borders. Racist policing, which is in many ways a reflection of the racism endemic to our society itself, is a legacy of colonialism and slavery. This legacy has evolved into a global political economy of inequality, militarism, and government repression. The response to injustice is also transnational. Resistance crosses borders. George Floyd's memory summons people to the streets around the world demanding change.

It is in this context that the Center for Transnational Justice reaffirms its commitment to discover and share knowledge that can be utilized in the service of others to realize a more just world.  The Center engages in fact-based analysis with a purpose, striving to facilitate greater understanding of challenges and paths to justice.  We seek insights into what is and why, without losing sight of what ought to be and how to get there. In this upcoming funding cycle, the Center will prioritize the support of innovative research, teaching, and other programs that contribute to dismantling systemic racism. The Center will announce calls for proposals in August 2020, coinciding with the start of the academic year. 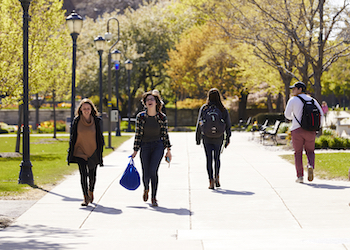