We invite you to attend the Liminal Existences and Migrant Resistances Conference, sponsored by the Center for Transnational Justice and the English Department at Marquette University. The conference will be held virtually from 3/24 to 3/27/2021. The conference is open to all students, faculty, and community members, so please feel free to access the panel links in the program below:

For more information about the conference or to be added to the list of attendees directly, contact Ibtisam M. Abujad at ibtisam.abujad@marquette.edu.

Challenges for Researchers in Violent Environments.Summer 2018 Global School Seminar in El Salvador, June 14-21, 2018. This workshop in El Salvador invites academics and other researchers (journalists and human rights advocates) from different countries to explore themes related to fieldwork in violent and sometimes dangerous contexts. Co-sponsored with the Cristosal Center for Research and Learning and the Human Rights Center at the University of Dayton. Scholars interested in participating must register with Cristosal at https://www.cristosal.org/global-school by March 15, 2018, and should send a paper abstract and CV to Dr. Noelle Brigden at Noelle.brigden@marquette.edu by April 1, 2018.

"What was Achieved? Migration, Impunity and Social Justice after the Peace Accords in El Salvador and Guatemala," Conference co-sponsored by the Center for Transnational Justice, Marquette University, October 27–28, 2016

"Global Heath Symposium," Symposium co-sponsored by the Center for Transnational Justice and the Office of International Education, September 30, 2016

"Negotiating in a Polarized Society." Wisconsin Institute for Peace and Conflict Studies 26th Annual Student Conference, hosted by the Marquette Center for Peacemaking. Co-sponsored by the Center for Transnational Justice. March 30, 2012, Marquette University.

In May 2011, the center hosted a workshop on unpacking the political processes and impact of naming and shaming. The workshop brought together leading scholars and policy practitioners from issue areas including human rights, transitional justice, transnational crime and corporate social responsibility.

"The International Community and the Future of Afghanistan." Dr. Heinz-Gerhard Justenhoven, director of the Institute for Theology and Peace, Hamburg, professor of political philosophy, University of Freiburg. September 11, 2011, Marquette University.

"International Political Economy and Crime." Workshop held under the auspices of the Institute for Transnational Justice, May 11–13, 2006, Marquette University, Milwaukee.

In 2005, the institute and the Ford Institute for Human Security at the University of Pittsburgh began a consortium project exploring human trafficking in the Balkans. The project was codirected by Dr. Simon Reich (Pitt) and Dr. H. Richard Friman (Marquette), and coordinated by Friman. The first workshop, funded by a $40,000 grant from the Ford Institute, was held at the University of Pittsburgh, May 13–15, 2005. The workshop brought together 10 authors with international reputations in broad thematic and/or country expertise on issues of trafficking, crime and paths to sustainable peace in the Balkans to initiate discussion and establish the basis for policy proposals. 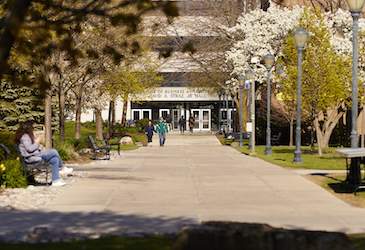