"Television Girl" (a.k.a. The Incomparable HILDEGARDE!) 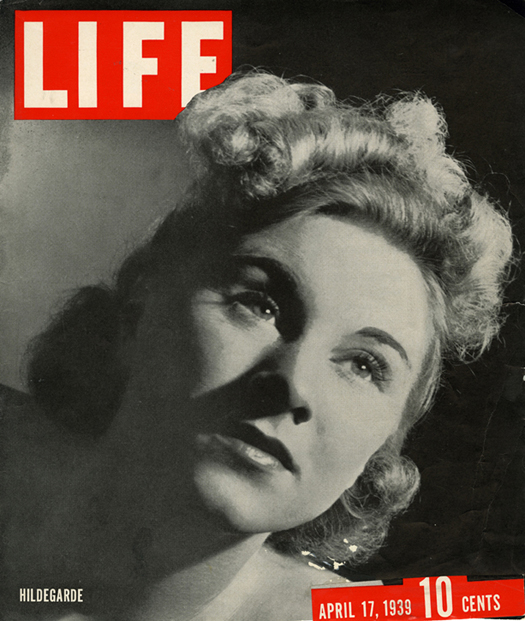 Hildegarde was presented to the 15 million readers of Life magazine on April 17, 1939.

On November 6, 1936, a young cabaret singer performed two songs inside the National Broadcasting Company's midtown Manhattan studios. The performance was broadcast from a transmitter on top of the Empire State Building. Journalists and entertainment executives stationed a few blocks away gazed into a ten-inch monitor and were introduced to "Television Girl". That afternoon, Hildegarde Loretta Sell, the daughter of a Milwaukee grocer, participated in the first practical demonstration of television in the United States.

The recent acquisition of a vast collection of diaries, photographs, and recordings -- presented to Marquette by Hildegarde's former business agent and executor -- provides scholars with details about the career of an entertainer estimated to have offered 100,000 performances over a span of eight decades. Monica Gallamore, a Ph.D. candidate in the Department of History, and Matt Blessing, head of special collections, visited New York in late 2008 and arranged for the acquisition. Ms. Gallamore is studying the immense popularity of Hildegarde, an entertainer whose persona often ran counter to many of the accepted archetypes of the mid twentieth century. According to Gallamore, "Hildegarde influenced women’s fashions, music, and other entertainers such as Liberace who modeled their careers on her style." She hopes that her research "can someday restore the image and legacy of Hildegarde, who is truly a lost cultural icon." 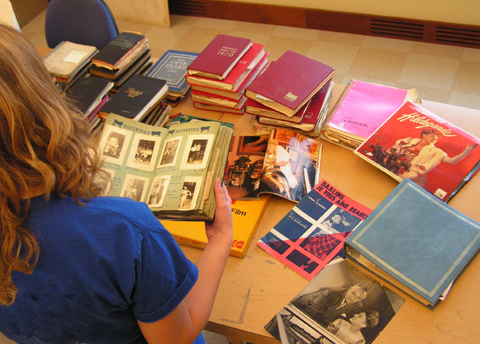 One of the most significant parts of the recent acquisition are the performer's diaries, spanning from 1922 to 1991. Hildegarde's journals document both her personal and professional life, from age 16 (when she played the organ for silent movies in downtown Milwaukee) to age 85, when she continued performing on a regular basis for Catholic charities in New York City. Of particular interest is the 1923-1924 diary, which offers a unique glimpse at the life of a Marquette University freshman during the jazz age. Due to family finances Hildegarde was forced to withdraw from Marquette's old College of Music after just one year. Nonetheless, Hildegarde remained loyal to her alma mater, returning to campus on several occasions 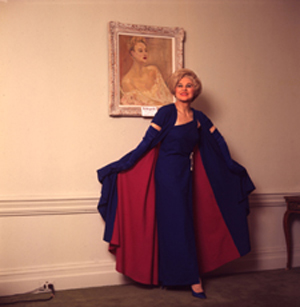 Hildegarde poses with her portrait.

Archivists have completed the arrangement, description, and cataloging of the diaries, now available to researchers in the Prucha Reading Room. Staff recently began the labor-intensive task of sorting and identifying hundreds of of photographic images within the collection. In the summer of 2009 the archives staff will prepare a comprehensive collection of the entertainer's recordings. A sampler of images are available here. The archival finding aid will be expanded as new additions are integrated into the collection.

Questions about the papers of The Incomparable HILDEGARDE! may be directed to: Amy Cooper Cary, Special Collections and University Archives