oday it is common for Marquette students to study abroad, but it had never happened before 1958. In that year, Mary Jeanne Bowen traveled to Ireland as Marquette’s first participant in the Junior Year Abroad program, the forerunner of today’s Study Abroad Program. This month’s installment of In the Spotlight celebrates Bowen’s achievement with documents from the Rev. Virgil C. Blum, S.J. Papers in Marquette’s Archives. Father Blum (1913-1990) was chairman of the new program, and he and Bowen exchanged letters during her pioneering year at University College, Dublin. You can read this correspondence by opening the links listed at the bottom of the page. Links to other documents are scattered throughout the ext.

Bowen was 27-years old when she boarded ship for Ireland in October 1958. An English major, she had worked for five years as a dental hygienist before returning to Marquette to complete her Liberal Arts degree. The Marquette Tribune published an article about Bowen shortly before she departed. Prior to her arrival, Father Blum confirmed Bowen's admission with University College’s Registrar, and he also contacted Rev. Aubrey Gwynn, S.J., in the hope he could help the young woman navigate Ireland’s University system. Blum was wise to enlist Gwynn's aid -- as a former Dean of University College's Faculty of Arts, the Irish Jesuit provided Bowen with helpful advice. Her letters to Blum attest to striking differences in curriculum and culture between Marquette University and Dublin's University College in the 1950s. Bowen was truly a pioneer in uncharted territory.

In the classroom Bowen studied Old and Middle English, French, Modern European History, and the American Novel. During the first of her two terms, Bowen lodged at Northbrook Residence, a women’s dormitory run by Opus Dei. Finding the dormitory’s lack of central heat intolerable, she and some other American women moved into private flats for the second term.

Bowen endured a heavy course load at University College, but her time in Ireland was not all academic drudgery. She attended the theatre often and enjoyed the local horse races. During a shopping trip to Belfast, Bowen contracted mumps and was quarantined for two weeks in an Ulster hospital before being allowed back into the Republic of Ireland.

Bowen capped off her year abroad with a tour of continental Europe. She returned to the United States in August 1959. Shortly before Bowen's return, the Milwaukee Journal published an article about her historic achievement.

Questions about the Rev. Virgil C. Blum, S.J., Papers may be directed to:
Bill Fliss, Special Collections and University Archives 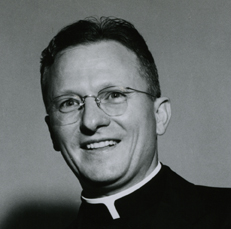 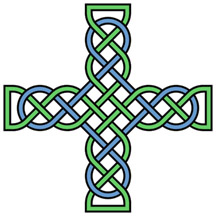 "No one here not even the Registrar– has a clue as to what the credit system is all about."
January 1959

"Marquette’s fame seems to have spread abroad. It’s really great to be a student at a university whose name is known outside of Wisconsin."
28 February 1959

"…I moved into the building next door ….It’s much more conducive to study since our flat was becoming somewhat of a cross between a bus depot and a left bank apartment with a few elements of the city zoo thrown in."
16 April 1959