This is the inaugural edition of "In the Spotlight," a new monthly feature that will highlight select digital collections from the Department of Special Collections and University Archives. 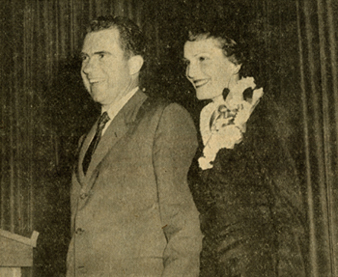 The 2008 presidential election is rapidly approaching and candidates are traveling across the nation in attempt to reach as many voters as possible in the final weeks leading up to the election. Over the decades Marquette University has been a destination for many of these pre-election visits, with numerous presidential and vice-presidential candidates making campaign stops at the university.

During the 1956 election between Dwight D. Eisenhower (R) and Adlai Stevenson (D), both Stevenson and Richard Nixon (Eisenhower's vice-president) stopped at Marquette on October 3, 1956, just weeks before the general election. While Stevenson’s stop was brief and unexpected, Nixon delivered a scheduled speech at the Brooks Memorial Union, drawing a crowd of over 1,500 students. Among other topics, Nixon spoke in support of the draft and the need to rid the world of communism. 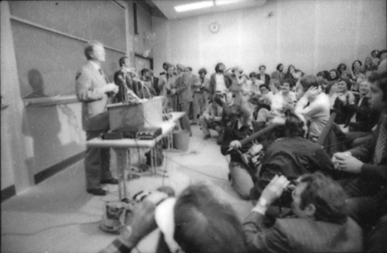 Several candidates made campaign stops during the 1976 presidential election, including Jimmy Carter (D), and Frank Zeidler (Socialist Party candidate and former mayor of Milwaukee). On March 24, 1976 Carter spoke to an audience in Marquette Hall. Due to the large turnout, around 600 students had to watch the speech on closed circuit television after not being allowed entrance. The topics of Carter’s speech included the creation of jobs, racial integration, the military, and federal aid for higher education. 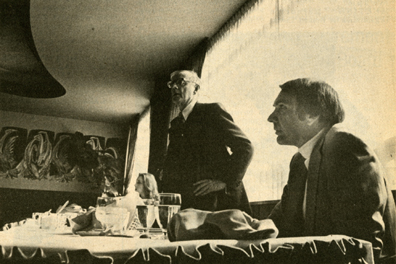 On October 17, 1976, Frank Zeidler, presidential nominee for the Socialist Party, along with Bill Dyke, former mayor of Madison and vice-presidential hopeful on the American Independent Party ticket, spoke to members of the Society of Professional Journalists in the Pere Marquette dining room in the union. Although the candidates were from different ends of the political spectrum, they agreed on the limitations of the two party system and expressed their belief that third parties would soon play a greater role in politics. 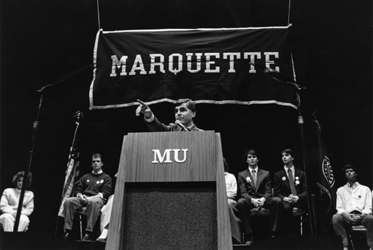 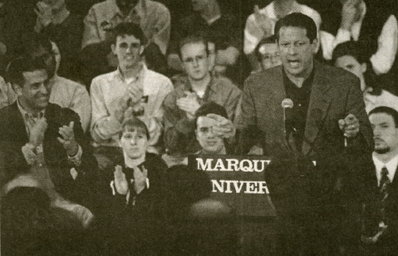 The 2000 presidential election brought two candidates to Marquette. On March 27, 2000, Vice President Al Gore (D) addressed students in the Alumni Memorial Union ballroom, where both he and Senator Russ Feingold (D) spoke of campaign finance reform. After his speech Gore participated in a "meet and greet" session with members of the African American and Latino communities. 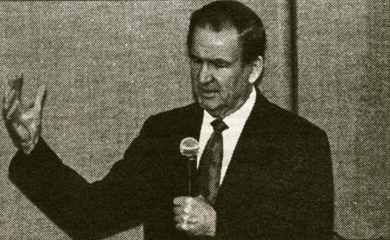 Pat Buchanan, the presidential nominee for the Reform Party, visited the Marquette campus on October 17, 2000 where he delivered a speech and engaged in a question and answer session in the Alumni Memorial Union ballroom. Buchanan discussed his views on foreign policy, including U.S. intervention in Israel-Palestine relations, and educational issues such as school choice and federal aid for college students. 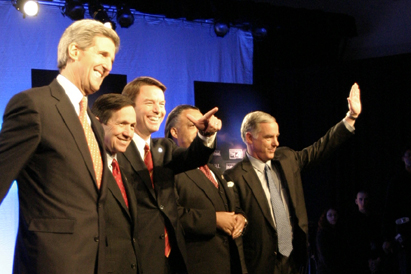 On February 15, 2004 the Democratic Presidential Debate was held in the Alumni Memorial Union. Participating in the debate were John Kerry, Dennis Kucinich, John Edwards, Rev. Al Sharpton, and Howard Dean. Debate topics included jobs, NAFTA, No Child Left Behind legislation, health care, and the Iraq War. The candidates also answered questions from students about the costs of higher education and diversity.

Questions about this collection can be directed to:
Katie Blank, Special Collections and University Archives