Carl Van Vechten (1880-1964) created a body of portraiture that represents a veritable "who's who" of famous individuals in the twentieth century arts.

In February 2009 the Department of Special Collections and Archives published over 700 of Van Vechten's photographs in a collection titled Postcards from Manhattan: The Portrait Photography of Carl Van Vechten. These portraits depicted 112 notable African Americans, many of them associated with the Harlem Renaissance. Release of these images coincided with the centennial celebration of the founding of the National Association for the Advancement of Colored People (NAACP).

Following the February event, archivists continued digitizing additional portraits, broadening the collection's scope to include the whole range of Van Vechten's subjects. With the release of a second installment in late 2009, the number of people portrayed on the site soared from 112 to 250. The total number of images in the collection nearly doubled. These new portraits include many famous authors, artists, musicians, composers, dramatists, actors (both stage and screen), and directors. The elderly Van Vechten was a patron of the arts, and he maintained a vast network of acquaintances, insuring him a steady stream of subjects to be be photographed.

How did Marquette University acquire this photographic treasure trove? Thanks to Van Vechten's friendship with the prominent Wisconsin artist, Karl Priebe (1914-1976), whose personal papers reside in the Department of Special Collections and Archives. Over the course of a decade, from 1946 to 1956, the two friends maintained a postcard correspondence. Van Vechten printed his photographs on card stock and mailed them to Priebe who, in turn, sent Van Vechten postcards exhibiting hand-drawn artwork. When Marquette acquired Priebe's papers in 1976, the 4,000 cards he had received from Van Vechten came into the University's possession.

Archivists have also digitized Van Vechten's lively correspondence with Priebe. For instance, when William Faulkner showed up unexpectedly at one of Van Vechten's parties, "Carlo" (as friends called Van Vechten) ushered the Southern novelist into his studio for an immediate photo shoot. The next day, a delighted Van Vechten wrote on a postcard to Priebe: "Last night we gave a party. About 10, William Faulkner walked in on the arm of a girl we had asked to bring an escort. So I photographed him!"

Additional portraits will be published in 2010. 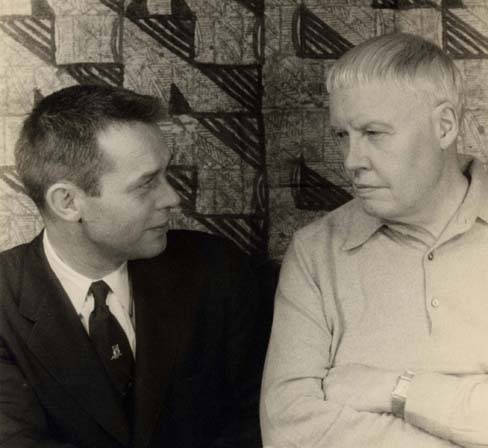 Questions about the Van Vechten portrait postcards may be directed to: Bill Fliss, Special Collections and University Archives

Three of the NEW subjects ... 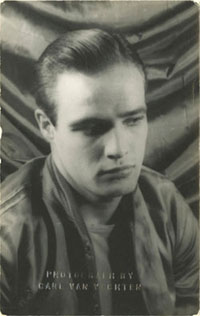 (MUA_KJP_01230front)
Van Vechten photographed the actor while he was performing on Broadway in the role of Stanley Kowalski in A Streetcar Named Desire. 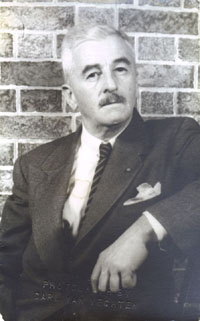 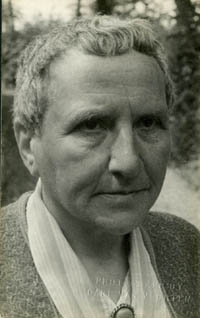 (MUA_KJP_00935front)
Van Vechten and Stein were close friends. At the time of time of Stein's death, she made Van Vechten her literary executor.