Over Hill and Dale: Cross Country at Marquette

Over Hill and Dale: Cross Country at Marquette 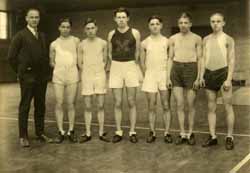 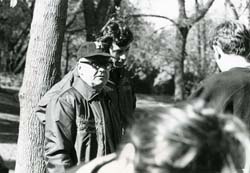 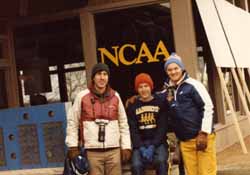 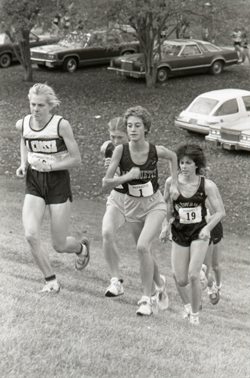 On October 31 Marquette will host the Big East Conference's cross-country championship at the Dannehl National Course at UW-Parkside. The conference meet marks a milestone in the history of the program. Here's a quick look back at some of the coaches and most accomplished cross-country runners.

The story of cross-country at Marquette is intertwined with the remarkable career and legacy of Melvin Shimek.  "The Kenosha Flash" enrolled at MU in 1923, just one year after cross-country was established at the university. Young "Bus" lodged in the Clybourn Street Gymnasium for four years, earning a $90 scholarship by cleaning the facility and winning races. Marquette's first All-American runner, Shimek won every race of the 1927 cross-country season and he retained the school record in the two mile run for 27 years. After graduation Shimek served as assistant cross-country and track coach from 1928-1947, then as head coach from 1947 to 1976, concluding an astonishing 52-year association with Marquette. Shimek mentored several Olympic medalists in track and field, including Ralph Metcalfe, Kenneth Wiesner, and John Bennett. The demanding but soft-spoken coach impacted the lives of hundreds of athletes, many who became lifelong friends. A 1981 oral history interview captured some of Coach Shimek's career highlights. Marquette's track and field facility in Valley Fields and the cross-country course at Milwaukee's Dretzka Park are named in honor of Shimek.

A distance prodigy of 'Bus' Shimek, Jim Allendeveloped five All-Americans during his 11 years as head coach of cross-country and track & field. Coach Allen guided both athletic programs through the transition from non-scholarship club sports back to NCAA Division I programs. Relatedly, Allen recruited Keith Hanson, a three time All-American in cross-country, plus the NCAA 10,000 meter run champion in track. In 1985 Allen was instrumental in Marquette hosting its only NCAA Championship. Coach Allen was also the driving force in building the Marquette Track Club, an alumni organization that has played a vital role in improving facilities and keeping alumni connected.

A versatile middle- and long-distance standout at Marquette, Dave Uhrich earned All-American honors in cross-country in 1981 after winning the NCAA District IV Championship and qualified for the NCAA Championshipsin both 1981 and 1983. Inducted into the Athletic Hall of Fame in 1999, Uhrich subsequently coached Marquette's men's and women's cross-country and track & field teams from 1987-2007. Among many accomplishments, Uhrich coached the women's teams into six national championships during his tenure.

During the 1970s, in accordance with Title IX regulations of the Educational Amendments of 1972, Marquette began expanding intercollegiate athletic opportunities for women. Coach Elliot Kramsky quickly led the young program to national prominence. In 1981 freshman runner Laurie Hottinger became Marquette's first female athlete to achieve All-American status, leading a team victory in winning the the Wisconsin Women's Intercollegiate Athletic Association Conference (WWIAC) Championship. The next year the team claimed the national title in cross-country by winning the National Association of Intercollegiate Athletics (NAIA) Championship, becoming the first women’s team in Marquette’s history to win a national championship. Several members of the '82 team also garnered individual achievements, including Katie Webb's victory in the individual NAIA championship. The 1982 cross-country team has been inducted into the MU Intercollegiate Athletic Hall of Fame.

Additional archival records -- including media guides, statistics, and films -- are described for both men's and women's cross-country. These records may be consulted in the Department of Special Collections and University Archives, located on the third floor of the Raynor Memorial Libraries.