Marquette elects Owen Sullivan chair of Board of Trustees 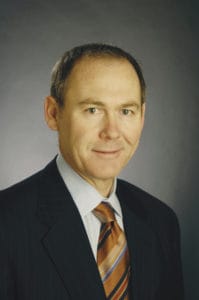 MILWAUKEE — Owen J. Sullivan, a 1979 graduate of Marquette University's Klingler College of Arts and Sciences, has been elected chair of the Marquette University Board of Trustees, the university announced today. Sullivan, the retired president of Specialty Brands for ManpowerGroup, succeeds John Ferraro who has been in the position since May 2014.

"Marquette benefits tremendously from the leadership of Owen Sullivan, who is passionate about the university and is extremely well-respected in the Milwaukee community," President Michael R. Lovell said. "Owen's commitment to thoughtful processes and transparent decision making will be beneficial to Marquette."

Lovell added, "I am incredibly grateful to John Ferraro who chaired the board the past three years. John provided tremendous counsel and guidance to me in my first three years as Marquette's president."

Sullivan served in multiple roles at ManpowerGroup, including CEO of Jefferson Wells, Right Management and Experis, as well as leader of ManpowerGroup's global sales organization. Prior to that, he worked as a management consultant with several venture capital and private equity groups. Previously, Sullivan, who began his career with IBM, served as president of the Financial Services Group of Metavante Corporation, as well as president of Metavante's Enterprise Solutions Group.

The Boston native also serves on the boards of directors of The Medical College of Wisconsin, Johnson Financial Group and Computer Task Group.

Father Tom Neitzke elected to board 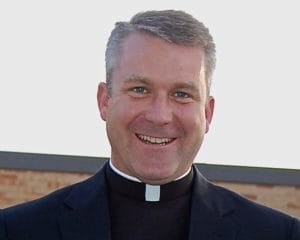 The board also elected a new trustee, Rev. Thomas W. Neitzke, S.J., president of Creighton Preparatory School in Omaha, Nebraska. A Wisconsin native, Father Neitzke earned an undergraduate degree in philosophy from Loyola University in Chicago, a master's degree in educational administration from the University of San Francisco, a master of divinity degree from Santa Clara University and a doctorate from Creighton University focusing on educational leadership.

Father Neitzke is also an adjunct faculty member at Creighton University in the Graduate School. He teaches courses in strategic and political leadership, school law and foundations of education. Father Neitzke served as chairman of the board at Creighton Prep before his term as president and also serves on the boards of Brophy Jesuit College Preparatory in Phoenix, and the Boys and Girls Club of the Midlands. His past board service includes Georgetown Preparatory School, Seattle University and Jesuit Academy in Omaha.