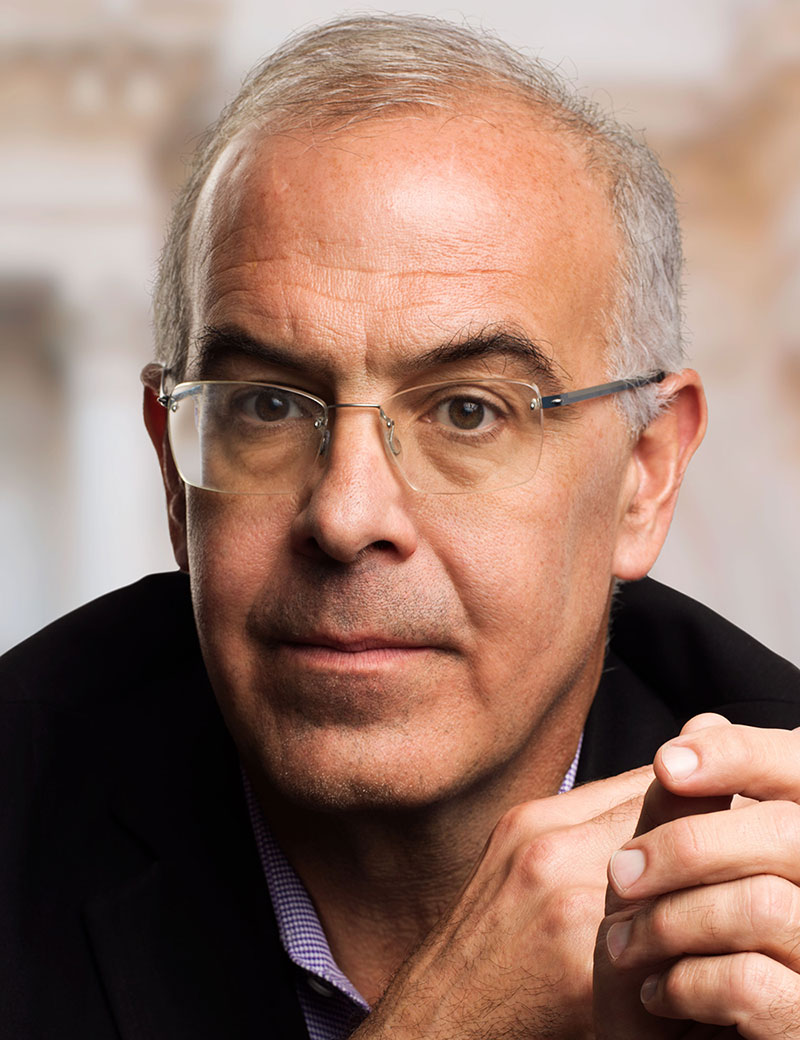 MILWAUKEE — David Brooks, the New York Times best-selling author and political commentator, will serve as Marquette University's Commencement speaker on Sunday, May 19. As part of the university's Commencement ceremony, he will receive an honorary doctor of letters degree. Sister Ann M. Durst, SHCJ, founder of Casa Cornelia Law Center in San Diego, will receive an honorary doctor of law degree during the ceremony.

“David Brooks is an accomplished communicator who will continue Marquette’s tradition of hosting exceptional, nationally renowned Commencement speakers," said Michael R. Lovell, university president. “His insights are sure to be as fresh as the morning’s headlines, filled with thoughtfulness and humor, and an inspirational sendoff for our graduates.”

Brooks is an op-ed columnist for the New York Times, which he joined in 2003, and is a frequent commentator on “PBS NewsHour,” NPR’s “All Things Considered” and NBC’s “Meet the Press.” Brooks formerly served as senior editor at The Weekly Standard and was a contributing editor at Newsweek and The Atlantic.

Born in Toronto, Brooks is the best-selling author of “The Social Animal: The Hidden Sources of Love, Character, and Achievement;” “Bobos in Paradise: The New Upper Class and How They Got There;” and “On Paradise Drive: How We Live Now (And Always Have) in the Future Tense.” His most recent book, “The Road to Character,” was released in 2015 and became his second No. 1 New York Times bestseller.

Sister Ann began her legal career as senior counsel for the Pennsylvania State System of Higher Education. She then founded the Casa Cornelia Law Center in 1992 at the request of the American Provincial of the Society of the Holy Child Jesus. The law center provides pro bono legal services for indigent victims of human and civil rights victims. Annually, it serves hundreds of asylum seekers, abused and abandoned children, and victims of domestic violence.

A member of the Society of the Holy Child Jesus since 1955, Sister Ann earned her master’s degree in theology from Marquette 1971 and served as president of Rosemont College in Rosemont, Pennsylvania, until 1978. It was at that point that she attended law school, graduating from Georgetown in 1982.

Marquette's Commencement ceremony will be held at 9:30 a.m. on Sunday, May 19, at the Fiserv Forum. Media interested in attending the ceremony should contact Kevin Conway, associate director of university communication, at kevin.m.conway@marquette.edu.

Lynn is senior director of university communication in the Office of Marketing and Communication. Contact Lynn at (414) 288-4719 or lynn.griffith@marquette.edu.