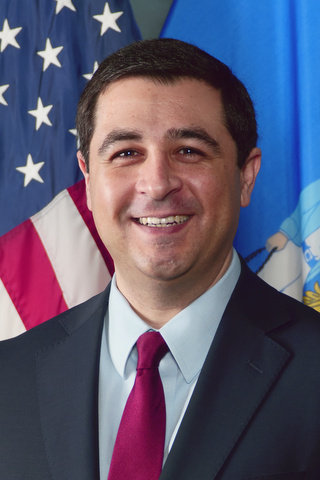 MILWAUKEE — Josh Kaul, attorney general for the state of Wisconsin, will be the featured guest in an upcoming “On the Issues with Mike Gousha,” Tuesday, Sept. 10, at 12:15 p.m. in the Lubar Center at Marquette Law School’s Eckstein Hall.

Kaul is the state’s 45th attorney general after winning election last November, defeating the incumbent by just over 17,000 votes. Before running for attorney general, he served as a federal prosecutor in Baltimore and as an attorney in Madison for the law firm of Perkins Coie. He is also the son of the late Peg Lautenschlager, who served as Wisconsin’s attorney general from 2003-07. Kaul will talk about his first eight months on the job and his priorities as the state’s top law enforcement official.