Former lawmakers to go ‘On the Issues’ for virtual bipartisan conversation on redistricting, Oct. 13 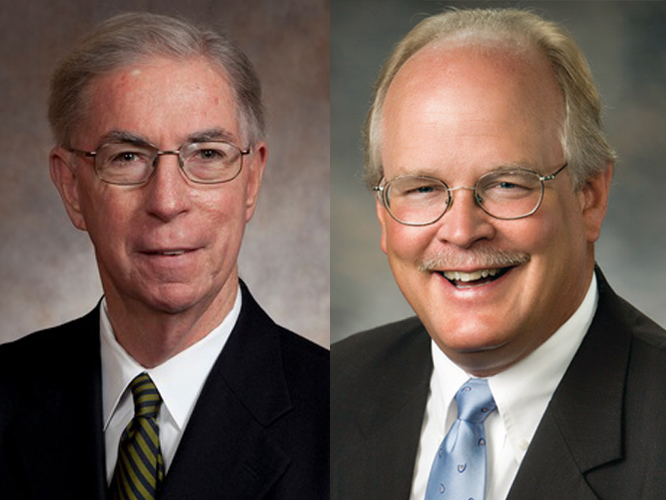 MILWAUKEE — Former State Sens. Tim Cullen and Dale Schultz will be featured guests for a bipartisan conversation on revising redistricting in an upcoming virtual “On the Issues with Mike Gousha,” Tuesday, Oct. 13. The video will be available at 12:15 p.m. on the Marquette University Law School website.

Next year, state legislators will draw new legislative maps for Wisconsin, a process carried out every 10 years. Cullen, a Democrat from Janesville, and Schultz, a Republican who represented Richland Center, are two proponents of changing the state’s approach to redistricting, which has become a partisan issue in Wisconsin.

Earlier this year, Wisconsin Gov. Tony Evers announced the formation of a nonpartisan People’s Maps Commission, which will draw its own set of proposed maps. The new commission is beginning to hold public listening sessions, but questions whether the commission is indeed nonpartisan have already been raised. Lawmakers also assert that the commission’s work is essentially meaningless since the legislature has constitutional authority to draw the maps. So, will the new effort really change anything?