‘On the Issues’: Reporter, common council president to discuss ‘Who owns the house next door’ in virtual conversation, Oct. 21 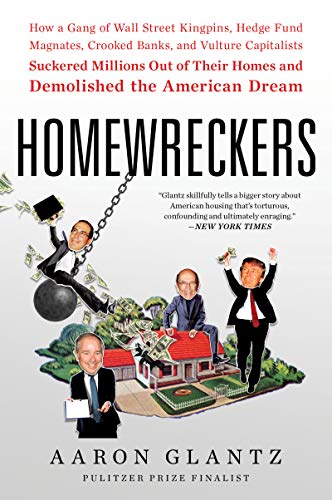 MILWAUKEE — Aaron Glantz, award-winning investigative reporter and author of “Homewreckers,” and Cavalier Johnson, president of the Milwaukee Common Council, will be featured guests for “Who Owns the House Next Door?” — an upcoming virtual “On the Issues with Mike Gousha,” Wednesday, Oct. 21.

When the Great Recession hit the United States in 2008, it led to a massive number of foreclosures and a new opportunity for Wall Street investors, who purchased thousands of homes, which were then rented. In his book “Homewreckers,” Glantz reported on what happened and how the events fundamentally reshaped the housing market in American cities.

Johnson will discuss what the city is doing to address these issues, and what the decline in owner occupancy has meant for Milwaukee neighborhoods.

John D. Johnson, research fellow in the Lubar Center for Public Policy Research and Civic Education, will also join the conversation to expand on work previously done by the Lubar Center’s Milwaukee Area Project, which found a dramatic decline in owner occupancy in Milwaukee and a sharp increase in properties owned by people who live outside the city.