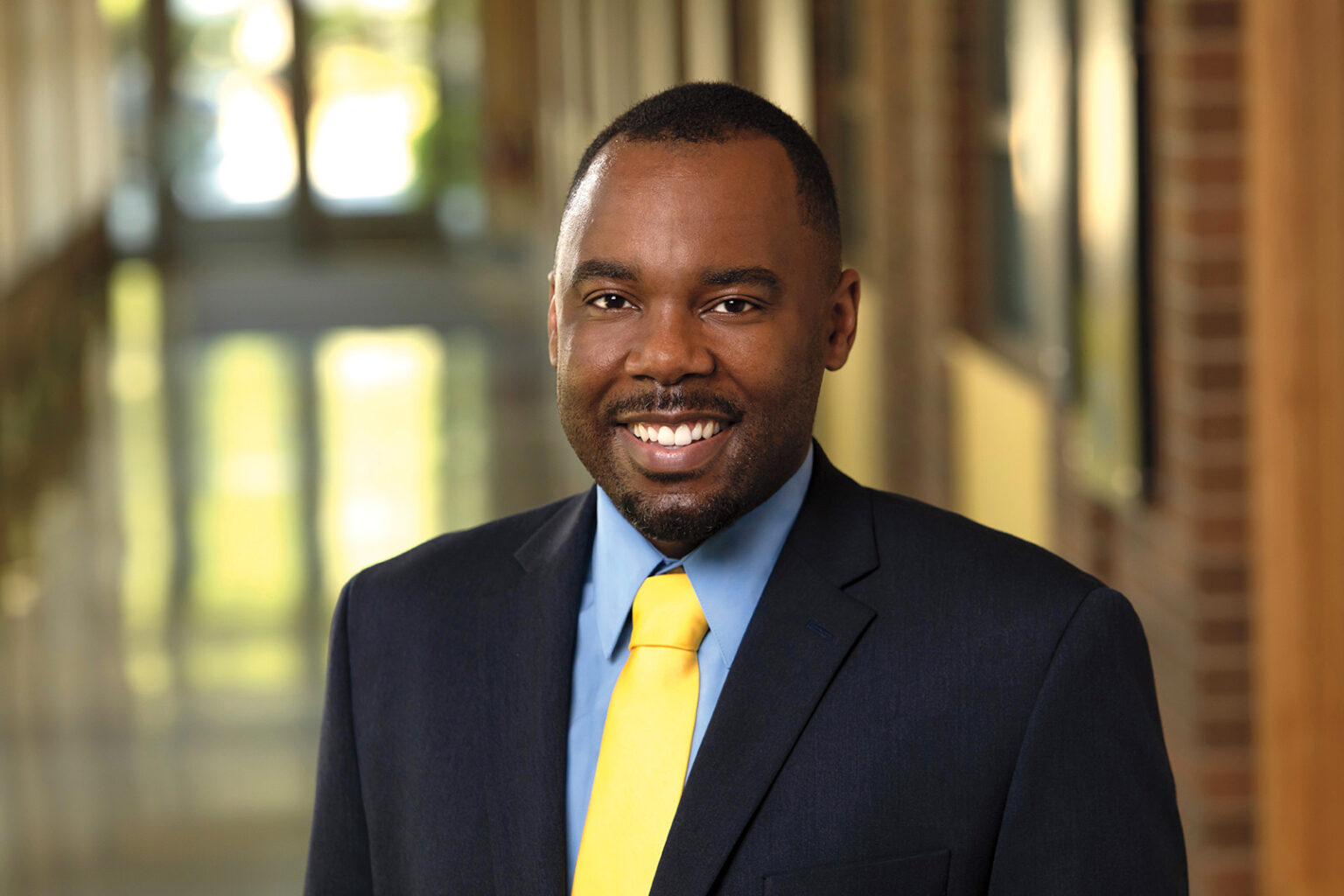 MILWAUKEE — Dr. Cedric Burrows, assistant professor of English in the Klingler College of Arts and Sciences at Marquette University, has been named as the faculty recipient of the Way Klingler Excellence in Diversity and Inclusion Award.

Burrows has always shown his commitment to social activism and cultural rhetoric.

“Cedric has contributed to the promotion of equity, inclusion and diversity since his arrival at Marquette,” said Dr. Heather Hathaway, associate dean of the Klingler College of Arts and Sciences. “He wants individuals, especially from historically marginalized groups, to have a say in how they want their histories and stories to be told.”

Originally from Memphis, Tennessee, Burrows grew up attending schools with significant African American populations. He learned a number of valuable lessons from his teachers who had started their careers in the 1960s and had lived through the civil rights movement. This ultimately sparked his interest and dedication to teaching others about different forms of social activism – even at a young age.

“In [my] modern history class in high school, which was predominately white, I heard my white teacher refer to the 1960 uprisings as ‘riots of those people who burned down their own neighborhoods,’” Burrows said. “I challenged him on the terminology and the context that shaped those uprisings. This interest in narratives shaped my research in school when I wrote my thesis on how Martin Luther King, Jr. and Malcolm X were narrated in the 1980s and early 1990s, and my dissertation of how these two leaders were framed within composition textbooks.”

Burrows’ dissertation, (Re)Reading Readers: The Construction of Dr. Martin Luther King, Jr. and Malcom X in Composition Textbooks, investigated how King and Malcolm X have been anthologized in first-year writing textbooks. Based on his research, Burrows knew making a change to the Marquette curriculum was important.

“After having some misgivings about the racial implications of the new Marquette Core Curriculum, Cedric decided for the benefit of our students to design a new [Engaging Social Systems and Values 2] course on the legacies of King and Malcolm X,” Dr. Leah Flack, associate professor of English, said.

His upcoming book, Rhetorical Crossover: The Black Presence in White Culture, examines how the black rhetorical presence was narrated by both African Americans and white individuals during a time when African Americans were becoming increasingly more visible in mainstream culture.

The Excellence in Diversity and Inclusion Awards recognizes one faculty member and one staff member who demonstrate exemplary leadership and manifest the ideals of diversity, equity and inclusion into practical action.