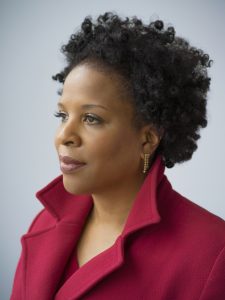 At the event, Jones will discuss “An American Marriage,” as well as her other novels. Tickets for the event are available online, with proceeds supporting the Raynor Library Digital Scholarship Lab.

Jones is a member of Black Artists for Freedom and is currently a Charles Howard Candler Professor at Emory University and A.D. White Professor At Large at Cornell University. An Oprah’s Book Club Selection, “An American Marriage” was named a notable book by The New York Times and The Washington Post and was included on former President Barrack Obama’s Best of 2018 roundup, in addition to being awarded the Women’s Prize for Fiction (formerly known as the Orange Prize), the Aspen Words Prize, and an NAACP Image Award for Outstanding Literary Work in Fiction.

The Metcalfe Chair is a non-residential visiting scholar of African American, Latinx or Native American heritage. In 1981, Marquette established this program to honor the legacy of Ralph H. Metcalfe, Sr., an alumnus who graduated from the College of Liberal Arts in 1936. After a distinguished Olympic career, which included gold and silver medals at the 1932 and 1936 Olympic Games, Metcalfe served in the U.S. Army during World War II. Upon returning to his native Chicago, he held a series of political posts before being elected to the U.S. House of Representatives. He died on Oct. 10, 1978; however, his legacy lives on at Marquette through this program.