Future of the Republican Party will be a topic for a virtual “On the Issues,” Feb. 9 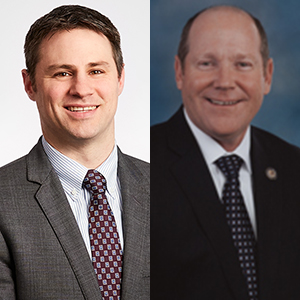 Hitt is a partner and senior counsel at Michael Best Strategies and was recently re-elected as chairman of the state Republican Party. Ribble served three terms representing the 8th congressional district in northeastern Wisconsin before returning to the private sector in 2017. The guests will discuss how the Trump presidency changed the Republican Party, what the party will look like going forward, whom will it comprise, and what its priorities will be.