Father Boyle will receive a Doctor of Humane Letters during an Ignite Marquette event, at which he is the featured speaker, on Wednesday, Feb. 10, at 7:30 p.m. Sister Flynn will be honored with a Doctor of Religious Studies in absentia, receiving her citation in a private ceremony at a later date.

“Father Boyle and Sister Flynn are shining examples of men and women for others in their work to bring hope and opportunity for those desperately in need,” said Marquette President Michael R. Lovell. “Father Boyle’s work with Homeboy Industries is a reminder of the power of hope in the face of adversity. Likewise, the work on behalf of immigrants by Sister Flynn has been invaluable for those coming to our country in search of a better life.” 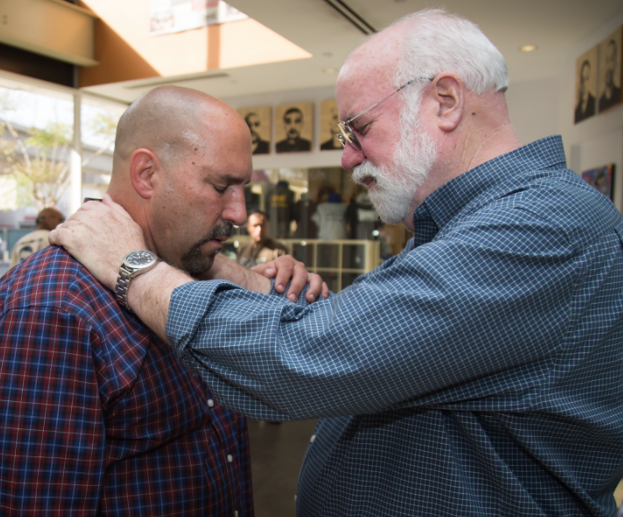 Fitting with this year’s Mission Week theme of “Open to Hope,” Ignite Marquette will host Boyle for a night of reflection and stories from Homeboy Industries, which provides hope, training, and support to formerly gang-involved and previously incarcerated men and women, allowing them to redirect their lives and become contributing members of their community. “Gang violence,” Father Boyle says, “is about a lethal absence of hope.”

Father Boyle witnessed the devastating impact of gang violence firsthand, serving as pastor in the poorest Catholic parish in Los Angeles that also had the highest concentration of gang activity in the city. He started what would eventually become Homeboy Industries in 1988 to employ and train former gang members in a range of social enterprises, as well as provide critical services to thousands of men and women seeking a better life.

Father Boyle is the author of the 2010 New York Times-bestseller “Tattoos on the Heart: The Power of Boundless Compassion.” His second book, “Barking to the Choir: The Power of Radical Kinship,” was published in 2017. He has received the California Peace Prize, been inducted into the California Hall of Fame and, in 2014, President Barack Obama named him a Champion of Change. 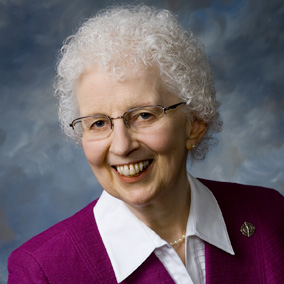 Sister Flynn co-founded the Milwaukee Archdiocesan Justice for Immigrants Committee and is a member of the Global Justice and Peace Commission of the School Sisters of Notre Dame. Her expertise on immigration issues has brought her wide acclaim as a talented and engaging speaker.

A retired teacher, Sister Flynn lives in Milwaukee, where she is a spiritual director and an advocate for immigration reform. In 2005, she retired from parish ministry to begin writing the book, “Rescuing Regina: The Battle to Save a Friend from Deportation and Death.” The book “exposed the irrationality, brutality, and cruelty of our current laws and attitudes towards refugees and immigration.” She is now serving in prayer and presence at Notre Dame of Elm Grove.