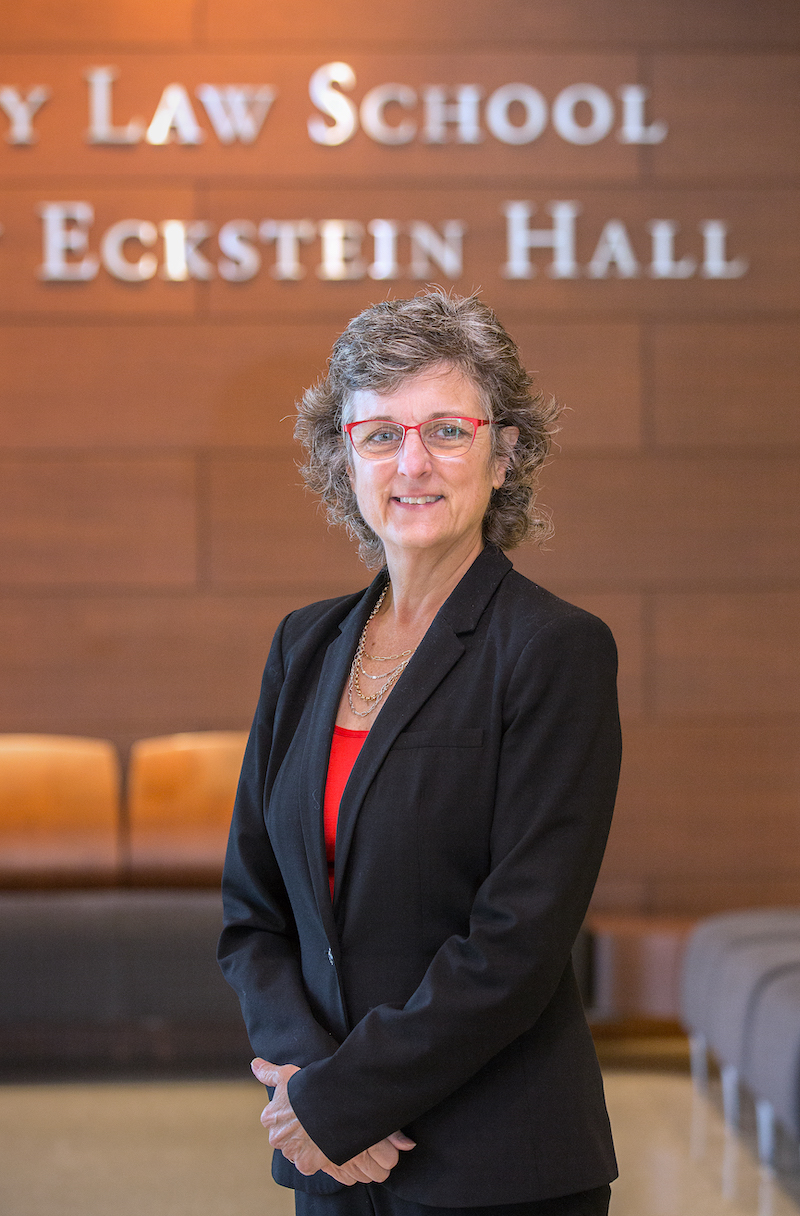 MILWAUKEE — Hon. Mary E. Triggiano, chief judge for the Milwaukee County Circuit Court, has been named director of Marquette University Law School’s Andrew Center for Restorative Justice, Marquette President Michael R. Lovell announced today. Triggiano, who has served as a circuit court judge in Milwaukee County since 2004, will step down from the bench and begin her new role at a date to be announced in 2023.

“Marquette University is blessed to welcome Chief Judge Mary Triggiano as the director of the Law School’s Andrew Center for Restorative Justice,” President Michael R. Lovell said. “Mary’s commitment to trauma-informed care in the justice system and her advocacy to support victims and communities in healing from the effects of crime are impressive and transformational. She is a respected leader whose talents and personal values align precisely with the mission of the Andrew Center, continuing the Hon. Janine Geske’s work to foster restorative justice in our communities.”

Marquette University established the Andrew Center for Restorative Justice in December 2021 with the support of a $5 million endowment gift from alumni couple Louis and Suzanne Bouquet Andrew. The Andrew Center serves as a central hub for educating students on restorative justice and how to use its approaches at the local, national, and international levels. The center also supports faculty research and enhances the teaching of restorative justice in the broader community.

As Andrew Center director, Triggiano will continue the work of the inaugural director, Hon. Janine P. Geske, former Wisconsin Supreme Court justice and Marquette trustee, who will continue to serve in an advisory role.

“Serving as a judge has been an extraordinary privilege, and I consider the opportunity to lead the new Andrew Center for Restorative Justice to be an incredible honor,” Triggiano said. “The mission of the Andrew Center presents a unique opportunity for me to use my passion for restorative justice to build upon the work of Justice Geske and to support the growth of this extraordinary program at Marquette Law School. I cannot think of another position for which I would be willing to leave the bench.”

Restorative justice encompasses a variety of approaches whereby judges, lawyers, and others can help support victims and communities in the process of healing from the effects of crime. It characteristically uses professionally guided civil dialogue, and its means for addressing conflict, promoting healing, and facilitating problem solving can proceed in conjunction with, or apart from, the more formal processes associated with the traditional legal system. There also has been increasing interest in the use of restorative justice practices in noncriminal settings, such as conflicts in schools, communities, and organizations.

“We established the Restorative Justice Initiative in 2004, early in my deanship, under the leadership of the Hon. Janine Geske,” said Joseph D. Kearney, dean and professor of law. “While Professor Geske formally retired in 2014, she stayed with us, her alma mater law school. With the magnificent gift from Louie and Sue Andrew, Justice Geske formally returned in early 2022, as founding director of the Andrew Center, as we began to secure a permanent future for the Law School’s engagement with restorative justice. And, after a national search, we have identified right here in our community someone with the right blend of toughness, empathy, teaching and administrative skills, and, not least, deep experience in the justice system to lead the new Andrew Center forward.

“The confidence in us on the part of Chief Judge Triggiano—Professor Triggiano, we may say—is a great and inspiring development for Marquette Law School.”

“I am beyond thrilled that Judge Triggiano will accept a handoff to direct the Andrew Center for Restorative Justice,” Geske said. “I’ve known and worked alongside Mary for years in the restorative justice space, and I’ve long admired the qualities that make her a respected leader and educator. The esteem in which the Wisconsin legal community holds her, as a lawyer, judge, and administrator, is most well deserved. I am looking forward to her leading us not only in this region but in the expanding academic and professional circles engaging with the important and sensitive work of helping victims and communities heal.”

Triggiano was appointed by the Wisconsin Supreme Court in February 2020 to serve as chief judge of the state’s First Judicial District, which comprises Milwaukee County. As chief judge, she has been the administrative chief of the judicial administrative district and is responsible for the administration of judicial business in circuit courts within the district, including supervising its personnel and fiscal management. She also worked with other Wisconsin circuit court judges on the Committee of Chief Judges, which consists of one chief judge from each of the state’s nine judicial administrative districts and meets monthly as a committee to work with the Supreme Court on issues of statewide importance.

Triggiano has been active in the restorative justice community throughout her career as a judge, regularly engaging with Marquette Law School’s Restorative Justice Initiative as a guest lecturer, discussion panelist, and conference-planning committee member. She also enacted restorative practices in the family drug treatment court and healthy infant court, within the Milwaukee County Circuit Court, and worked on victim-offender panels with the Restorative Youth Justice Project in the Vel Phillips Youth and Family Justice Center. She is a past adjunct professor of law at Marquette University, co-teaching the course in Problem-Solving Courts and Trauma.

Prior to joining the bench, Triggiano worked with Legal Action of Wisconsin, the state’s largest nonprofit law firm, for 10 years as director of the Volunteer Lawyers Project. During this time, she also spent eight years as a managing attorney in Legal Action’s Milwaukee office. Triggiano graduated from the University of Wisconsin-Madison Law School in 1988 and was in private practice at Reinhart, Boerner, Van Deuren, S.C., until 1994.