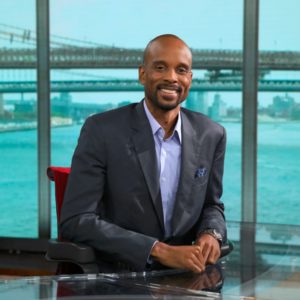 Registration is open to the public and available online.

Jones is known for incisive takes on sports, politics and race, delivered on a range of ESPN programming. Currently, he hosts the popular ESPN podcast, “The Right Time with Bomani Jones.” Previously, he hosted the daily television show “High Noon” alongside co-host Pablo Torre, and he has regularly appeared on ESPN’s most popular programming, including “SportsCenter,” “Around the Horn,” “First Take,” “Highly Questionable” and “The Dan Le Batard Show.” He began working for ESPN as a columnist in 2004. Jones is also a contributor to HBO’s “Back on the Record with Bob Costas,” and he has a new HBO program, “Game Theory with Bomani Jones,” set to premier in 2022.

Jones won a 2015 Sports Emmy for Outstanding Sports Documentary, and his prior experience includes work as a music and pop culture critic, as well as a sports radio host in North Carolina. Jones earned a bachelor’s degree from Clark Atlanta University and graduate degrees from Claremont Graduate University and the University of North Carolina Chapel Hill.

The Pete and Bonnie Axthelm Memorial Program was established in 1994 to acknowledge and recognize the life of Pete Axthelm and his sister Bonnie. Every year this program awards a scholarship to an outstanding journalism student with an expressed interest in sports journalism and hosts a lecture by a professional in the field.