Former Sen. Feingold to go ‘On the Issues’ to debut new book ‘The Constitution in Jeopardy’ Aug. 30 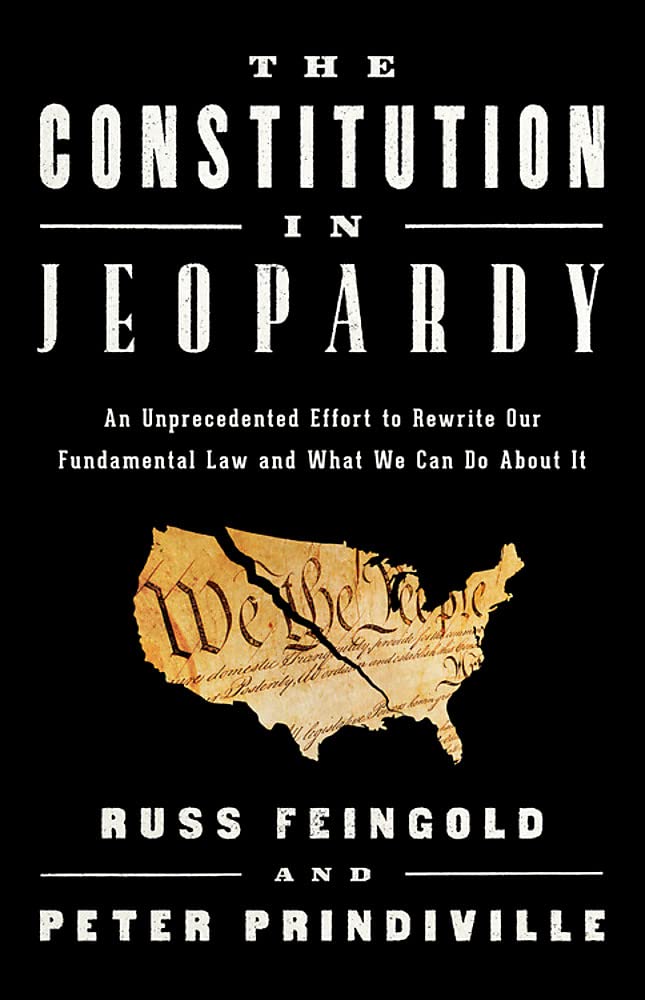 MILWAUKEE — Former Sen. Russ Feingold and Peter Prindiville are co-authors of “The Constitution in Jeopardy: An Unprecedented Effort to Rewrite Our Fundamental Law and What We Can Do About It” and will be the featured guests for an upcoming “On the Issues,” Tuesday, Aug. 30, at 12:15 p.m. in the Lubar Center at Marquette University Law School’s Eckstein Hall.

The conversation will be hosted by Mike Gousha, senior advisor in law and public policy at Marquette Law School, and is open to members of the general public at no cost; registration is required and is available online. Seating is limited. Members of the media who are interested in attending must contact Kevin Conway, associate director of university communication, at kevin.m.conway@marquette.edu. Media seating is not guaranteed without an RSVP.

Feingold and Prindiville will make the national debut of their new book with a conversation about what they regard as an initially fringe but growing effort to call the first-ever constitutional convention under the provisions of the U.S. Constitution. They will also discuss their view of the need for more frequent, democratic constitutional change. “The Constitution in Jeopardy” is intended to offer both a warning and a way forward and is written for a broad audience of engaged citizens.

This program will be available for streaming online on the event’s registration page.

Through public programming such as the Marquette Law School Poll, “On the Issues” conversations with newsmakers, public lectures by leading scholars, conferences on issues of public significance, and the work of its Lubar Center for Public Policy Research and Civic Education, Marquette Law School seeks to advance civil discourse about law and public policy matters.