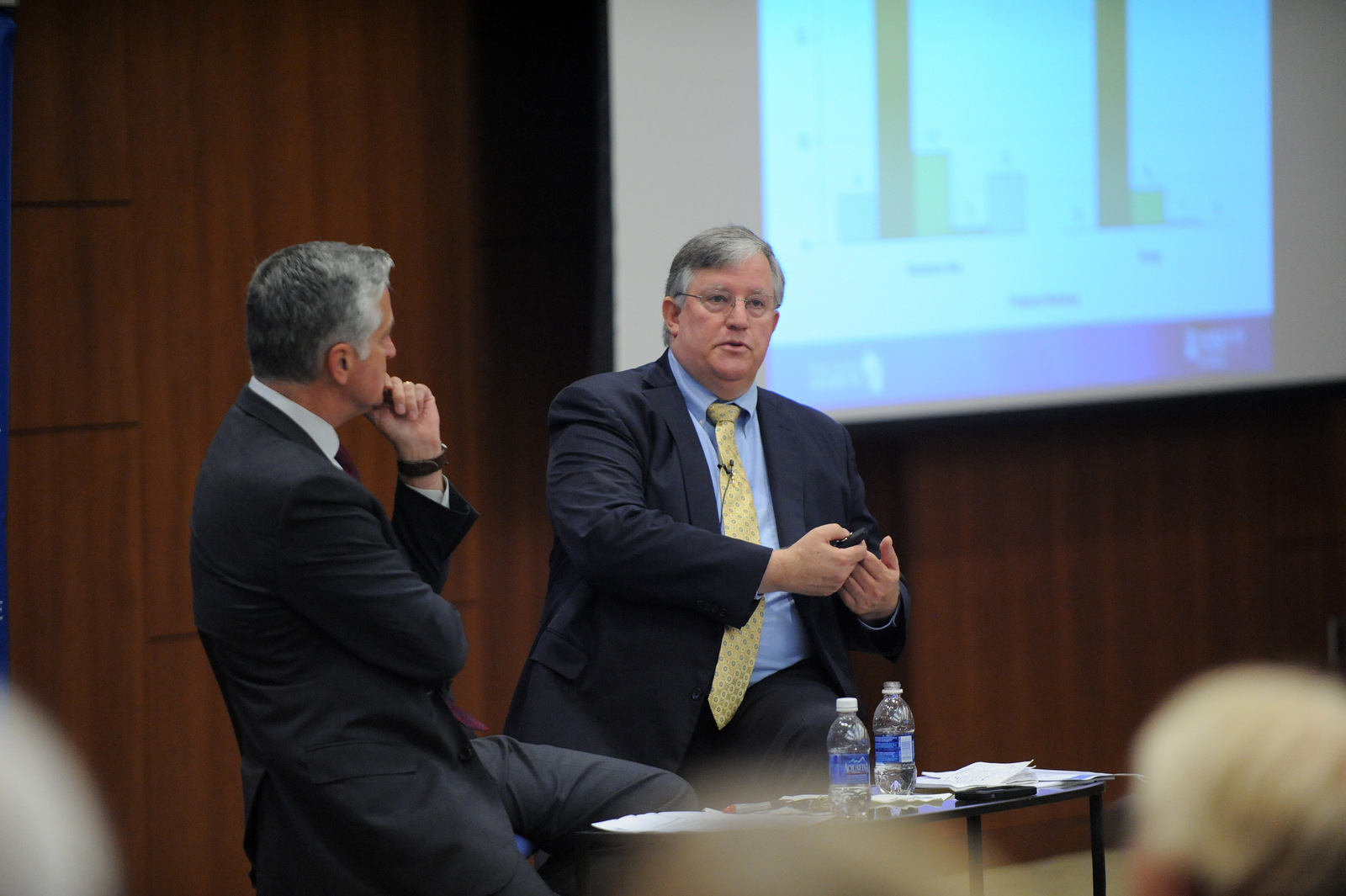 MILWAUKEE — The Marquette Law School Poll will release the results of its next national survey of public opinion over two days, Sept. 21-22. Although several programs offered in the Law School’s Lubar Center have resumed in person, these national results will be released online only via written releases and video conversations between poll director Charles Franklin and Alan Borsuk, senior fellow in law and public policy.

On Wednesday, Sept. 21, the Marquette Law School Poll will release results pertaining to public opinion about the U.S. Supreme Court. The survey looks at reaction to the Court’s major decisions in June, as well as opinion about the direction of the Court over time and perception of the justices. With the Court’s October 2022 term about to begin, the poll also asks about several cases to be argued in the near future. This is the 10th installment in a series of nationwide surveys, begun in 2019, measuring public understanding and opinion of the nation’s highest court.

Each video and written release and corresponding data will be available at 6 a.m. ET (5 a.m. CT) on the Marquette Law School Poll website. Embargoed written releases of these national surveys will be available to members of the media who formally register their interest in advance online and agree to stated embargo policies. Reporters who have registered for previous embargoes do not need to register again.

Interviews with Franklin following the poll’s releases are available on request by contacting Chris Stolarski at christopher.stolarski@marquette.edu.

The new Marquette Law School Poll Supreme Court survey will report on national public opinion concerning the Court’s June rulings on abortion and on Second Amendment rights. Past decisions by the Court on same-sex marriage and federal statutory protection of LGBT rights against job discrimination are also the topics of survey questions. The survey also asks about upcoming cases concerning affirmative action in college admissions and whether business owners’ religious beliefs can appropriately justify refusing some services to gay people.

The survey continues to examine public approval of how the Court is handling its job, confidence in the Court as an institution, views of the justices, public perception of the Court’s ideological balance, and perceptions of recent shifts on the Court.

The same national survey will form the basis of a second release the next day, focusing on preferences among potential policies about abortion, support for concealed carry of handguns, and student loan forgiveness. The poll asks about motivation to vote and likelihood of voting in the November midterm elections.

The poll continues to monitor views of several public figures including Trump, Pence, and DeSantis, along with opinion of Biden and a possible Trump candidacy in 2024. The survey includes trends in confidence/doubt about the accuracy of the 2020 presidential election and how that is related to other political views.

Begun in 2012, the Marquette Law School Poll is the most extensive statewide polling project in Wisconsin history. Since 2019, the Law School’s surveys of national public opinion about the U.S. Supreme Court have expanded the work of the poll both geographically and to a new set of topics of broad importance, and more recently the national survey has included political topics. Franklin has directed the poll since its inception and is a professor of law and public policy at Marquette Law School. His academic articles on partisanship, public opinion, the Supreme Court, and U.S. Senate elections have appeared in major journals and as book chapters. He is a past president of the Society for Political Methodology and an elected fellow of the society. He holds a Ph.D. in political science from the University of Michigan.

Chris is an associate director of university communication in the Office of University Relations. Contact Chris at (414) 288-1988 or christopher.stolarski@marquette.edu.