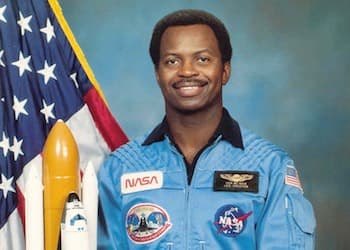 MILWAUKEE — The Educational Opportunity Program at Marquette University has received a $324,726 grant from the U.S. Department of Education to continue support of the Ronald E. McNair Post-Baccalaureate Achievement Program, one of the university’s five programs that motivate and support low-income and first-generation college students to enter and succeed in higher education.

“The McNair Scholars Program is an asset to EOP because it motivates students to pursue advance degrees and consider careers that require a doctoral degree,” said Dr. Donte McFadden, director of the McNair Scholars Program. “The preparation that McNair provides enables low-income and first-generation students to understand the transformative power of cultivating and producing knowledge.”

Marquette’s grant was among $51.7 million awarded by the Department of Education to 189 McNair programs across the United States and Puerto Rico.

Ronald McNair was born Oct. 21, 1950, in Lake City, South Carolina. He earned his Ph.D. in physics from the Massachusetts Institute of Technology in 1976 and was selected out of a pool of 10,000 applicants to train at NASA. In 1984, McNair became the second African American to go into space. Two years later, while making his second mission into space, he was one of seven crew members killed in the space shuttle Challenger explosion on Jan. 28, 1986. Following his untimely death, the Ronald E. McNair Post-Baccalaureate Achievement Program was created in his honor by the U.S. Department of Education in 1989. Inducted under the Federal TRIO Programs, the program now serves a mass number of low-income, first-generation and historically underrepresented students across the country.

EOP was created as an institutional program under the leadership of Arnold Mitchem in 1969, who went on to serve as the president of the Council for Opportunity in Education. The program started with just 40 students and one staff member, but the incredible students, along with supportive faculty, staff, university leadership and the Milwaukee community, helped EOP flourish into what became a model for other college access and opportunity programs and the United States Department of Education’s federally funded TRIO programs, which are located on college campuses throughout the country.