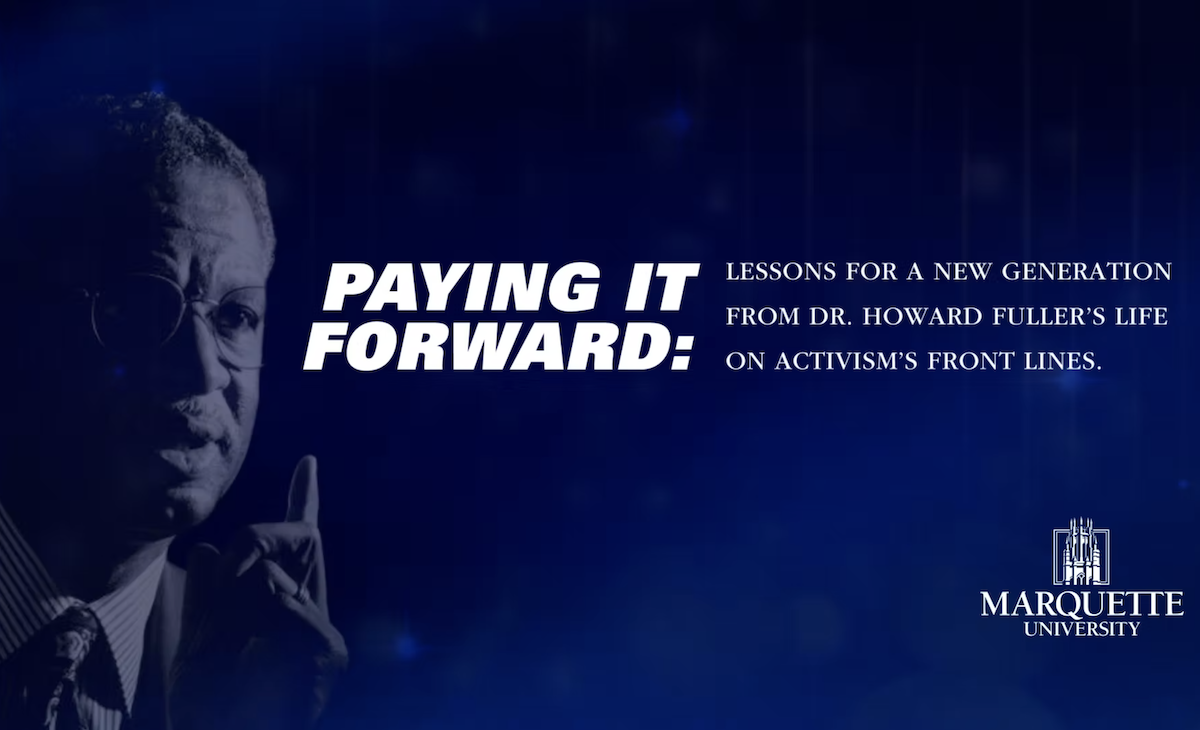 MILWAUKEE — Marquette University has released “Paying it Forward: Lessons for a new generation from Dr. Howard Fuller’s life on activism’s front lines,” a conversation series devoted to the issues that have driven Fuller’s activism and mission around education reform and social justice.

The discussions capture some aspects of Fuller’s legacy, experiences, and impact as an advocate and activist working for educational opportunities and social justice in the Milwaukee community. The series is designed to foster conversations and inspire students and future generations of activists in our community.

Fuller was joined by Alan Borsuk and Mike Gousha, distinguished fellows in law and public policy at the Lubar Center, and students from Marquette University and area high schools. Topics include:

Fuller, distinguished professor emeritus of education, retired from Marquette in 2020. An outspoken advocate and activist for educational opportunities, he initially joined the university over 40 years earlier as associate director for the Educational Opportunity Program from 1979-83 and later founded the Institute for the Transformation of Learning in 1995 to provide quality educational options for students in low-income families.

Throughout his career, Fuller has been a staunch promoter of parent choice and a passionate champion for the equitable education of African American children. In addition to his positions at Marquette, he also served as superintendent of Milwaukee Public Schools, senior fellow in the Annenberg Institute for School Reform at Brown University, secretary of Wisconsin’s Department of Employment Relations, dean of General Education at Milwaukee Area Technical College, and director of the Milwaukee County Department of Health and Human Services.