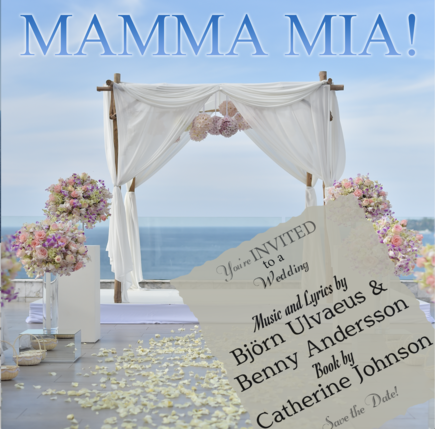 Based on Catherine Johnson’s book, this charming musical is based on the music of ABBA, one of the most popular international pop groups of all time. Sophie is about to be married, and she’d like her father to give her away. There’s just one problem – she just doesn’t know who he is. Secretly, she invites her mother’s three past lovers in order to solve the mystery.

Romance and comedy fill this musical story set on a Greek island. The play features music and lyrics by Benny Andersson Björn Ulvaeus and Stig Anderson. “Mamma Mia” has been officially conceived by Judy Craymer.

The show will run:

Clements is a New York-based theatre director and actor. He currently serves as the creative director for Harmony Japan, Ltd., and is an assistant producer of the "Disney on Classic" annual symphony concert tours of Japan.

Clements most notably appeared in Broadway and National Tour productions of “Mamma Mia.” He has directed works in New York, regionally throughout the U.S., and internationally in places such as Tokyo, South Korea and Taiwan. His acting credits include Broadway, National and International Tours, and numerous regional theatres.

Clements was born in Milwaukee and grew up in Waterford, Wisconsin. In 1983, Clements returned to Milwaukee to pursue a career in theatre.

Ticket prices range from $12 for students up to $20 for general audience and are available for purchase online through Marquette Theatre’s online box office service.