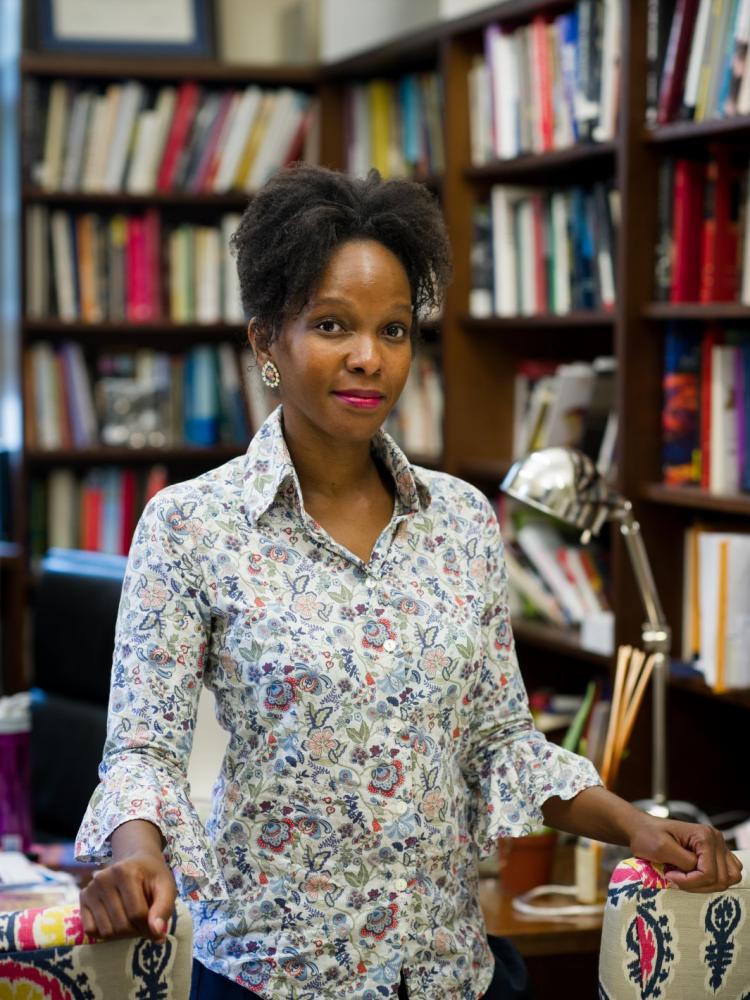 MILWAUKEE — Dr. Imani Perry, Hughes-Rogers Professor of African American Studies at Princeton University and a Marquette University Ralph H. Metcalfe, Sr. Chair, will deliver her lecture, “South to America: A Journey Below the Mason-Dixon to Understand the Soul of a Nation,” on Thursday, April 19, at 5 p.m. in the Lubar Center at Eckstein Hall, 1215 W. Michigan St.

In her lecture, Perry will discuss her latest best-selling book of the same name, which will be followed by a facilitated panel discussion. In “South to America,” Perry weaves together stories of immigrant communities, contemporary artists, exploitative opportunists, enslaved peoples, unsung heroes, her own ancestors and her lived experiences. With uncommon insight and breathtaking clarity, the book offers an assertion that if we want to build a more humane future for the United States, we must center our concern below the Mason-Dixon Line.

The event is open to the public and registration is available online.

One of two Metcalfe Chairs for 2021-22, Perry is a scholar of law, literary and cultural studies, and an author of creative nonfiction who has published six books. Her writing and scholarship focus primarily on the history of Black thought, art and imagination crafted in response to, and resistance against, the social, political and legal realities of domination in the West. She seeks to understand the processes of retrenchment after moments of social progress, and how freedom dreams are nevertheless sustained.

Perry’s 2018 release, “Looking for Lorraine: The Radiant and Radical Life of Lorraine Hansberry,” received the Pen Bograd-Weld Award for Biography, the Phi Beta Kappa Christian Gauss Award for outstanding work in literary scholarship, the Lambda Literary Award for LGBTQ nonfiction and the Shilts-Grahn Award for nonfiction from the Publishing Triangle. It was also named a 2018 notable book by The New York Times, and an honor book by the Black Caucus of the American Library Association.

The Metcalfe Chair is a nonresidential visiting scholar of African American, Latinx or Native American heritage. In 1981, Marquette established this program to honor the legacy of Ralph H. Metcalfe, Sr., an alumnus who graduated from the College of Liberal Arts in 1936. After a distinguished Olympic career, which included gold and silver medals at the 1932 and 1936 Olympic Games, Metcalfe served in the U.S. Army during World War II. Upon returning to his native Chicago, he held a series of political posts before being elected to the U.S. House of Representatives. He died on Oct. 10, 1978; however, his legacy lives on at Marquette through this program.