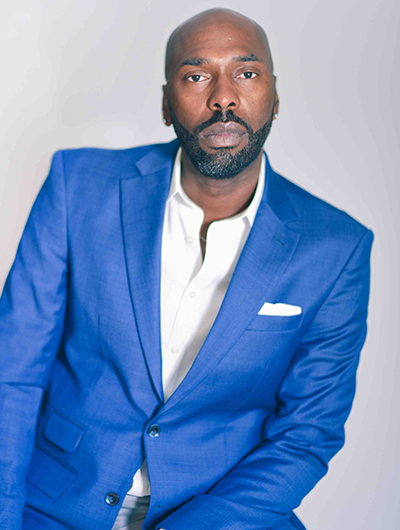 In his lecture, Baldwin will discuss his latest book, which will be followed by a facilitated panel discussion. His text examines the complex and ever evolving relationship between universities and the cities they occupy from the land, to finances, to the changing cultural landscape.

The event is open to the public and registration is available online.

One of two Metcalfe Chairs for 2021-22, Baldwin is a leading urbanist, historian and cultural critic. His work largely examines the landscape of global cities through the lens of the African diasporic experience. Baldwin’s related interests include universities and urban development; the racial foundations of academic thought; intellectual and mass culture; Black radical thought and transnational social movements; the politics of heritage tourism; and 20th and 21st Century art, architecture and urban design.

In addition to teaching and writing, Baldwin sits on the executive council of the Society for Historians of the Gilded Age and Progressive Era. He serves on the editorial boards for the Journal of Urban History, The Journal of African American History and The American Studies Journal. Baldwin is also co-editor of the Urban Life, Landscape, and Policy book series for Temple University Press and was appointed a distinguished lecturer for the Organization of American Historians.

Baldwin previously served as a Metcalfe Chair in 2013-14. This year, he is one of two chairs alongside Dr. Imani Perry, Hughes-Rogers Professor of African American Studies at Princeton University. Perry will deliver her Metcalfe Lecture on Tuesday, April 19.

The Metcalfe Chair is a nonresidential visiting scholar of African American, Latinx or Native American heritage. In 1981, Marquette established this program to honor the legacy of Ralph H. Metcalfe, Sr., an alumnus who graduated from the College of Liberal Arts in 1936. After a distinguished Olympic career, which included gold and silver medals at the 1932 and 1936 Olympic Games, Metcalfe served in the U.S. Army during World War II. Upon returning to his native Chicago, he held a series of political posts before being elected to the U.S. House of Representatives. He died on Oct. 10, 1978; however, his legacy lives on at Marquette through this program.