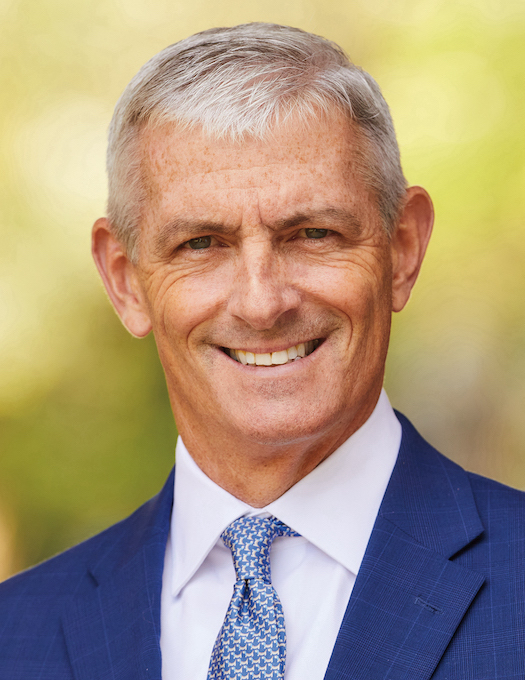 MILWAUKEE — Marquette University President Michael R. Lovell and Tim Hanley, acting Keyes Dean of the College of Business Administration, have been recognized among the inaugural Wisconsin Titan 100 by Titan CEO, which recognizes the most accomplished business leaders in their industry using criteria that includes demonstrating exceptional leadership, vision and passion.

Titan 100 recognizes a premier group of CEOs and C-level executives in Wisconsin and the greater metropolitan area representing both the private and public sectors. The first Wisconsin Titan 100 recipients will be honored at an awards ceremony at the Fiserv Forum in January 2023.

“It is an honor to be recognized alongside Dean Hanley and this group of innovative and passionate leaders from throughout Wisconsin, who are truly making a difference across our state,” President Lovell said. “I share this acknowledgement with everyone in the campus community who comes together to make Marquette such a special and transformative place.”

“Since beginning his role as the 24th president of Marquette and first layperson leader eight years ago, President Lovell has set forth an ambitious, strategic vision and fostered a culture of innovation at Marquette, so that the university can confidently adapt to meet the needs of our changing world,” said Bob Eck, chair of the Marquette University Board of Trustees. “Amid a pivotal time in higher education, he and his leadership team have advanced the university’s strategic and campus master plans, added several new world-class facilities, a Center for the Advancement of the Humanities, and a host of new academic programs.”

Under President Lovell’s leadership, the percentages of incoming Black and Latinx students have doubled, and the university welcomed the most diverse student body in university history.

President Lovell has long championed mental health and successful student outcomes — Marquette recently announced the development of two new major facilities: the Lemonis Center for Student Success, fueled by a $15 million gift from noted alumnus Marcus Lemonis, and a reimagined Wellness and Recreation facility that will foster a holistic view of health and wellness for the campus community.

Marquette is currently amid a $750 million comprehensive fundraising campaign, Time To Rise, which is the most ambitious in its 140-year history. Through relationship-building and creative philanthropic efforts, President Lovell acts as a key fundraiser, contributing greatly to the overall $615 million raised to date (82% of the campaign goal). These efforts elevate resources to advance the university’s mission and pillars of excellence, leadership, faith and service.

President Lovell’s work within the Milwaukee community advances strategic partnerships, new technologies, and pivotal talent pipelines. He worked with business and community leaders in Marquette’s neighborhood to create the Near West Side Partners, a nonprofit focused on strengthening economic development, housing, neighborhood identity and safety. Together with his wife, Amy, President Lovell also co-founded Scaling Wellness in Milwaukee (SWIM), a community-wide effort addressing the impacts of generational trauma, and played a key role in launching several other important initiatives in Milwaukee, including the Midwest Energy Research Consortium, The Commons, Scale-Up Milwaukee, The Water Council and the Northwestern Mutual Data Science Institute.

President Lovell serves on the boards of Children’s Wisconsin, Milwaukee Film, the Association of Jesuit Colleges and Universities, and the Fund for Wisconsin Scholars. He is a member of the executive committees of the Greater Milwaukee Committee, The Water Council, the Higher Education Regional Alliance, and the Big East Conference. President Lovell serves as chair of the board for the Wisconsin Association of Independent Colleges and Universities. He is also a member of the Council on Competitiveness and co-chairs its University Leadership Forum. 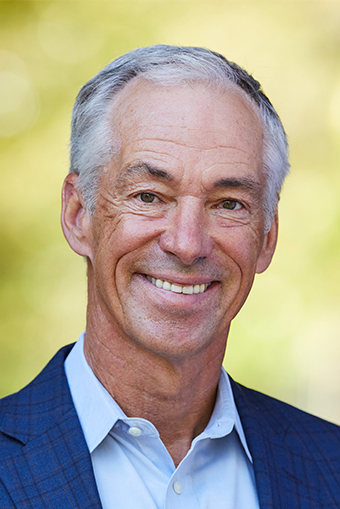 Hanley assumed his role as acting dean in March 2020 after the tragic death of former Keyes Dean Dr. Joe Daniels. Hanley worked closely with Daniels and is continuing his vision for the future of the Marquette Business and the construction of its new home on campus.

Prior to being named acting dean, Hanley was named the university’s first-ever executive-in-residence in October 2019, a role meant to elevate the college’s engagement with the business community. He was previously named the College of Business Administration’s Distinguished Alumnus of the year in 2012. He also served as a member of the college’s Dean’s Council, the university’s President’s Advisory Council and Campaign Executive Committee.

Hanley came to Marquette as a seasoned global executive, with extensive experience consulting with manufacturers regarding digital transformation, organizational strategy development and execution, acquisitions, and market development. Hanley led Deloitte’s Global Consumer and Industrial Products industry practice and helped grow the practice to be the largest at Deloitte with over $14 billion in revenues. He retired as a senior partner with Deloitte LLP in 2019.

“I consider this to be a tremendous honor to be named among such visionary and passionate leaders, including President Lovell,” Hanley said. “My own leadership approach reflects the many role models I’ve had during my career. In many ways, I share honors such as this with them.”

A new 100,000-square-foot, $60 million home for Marquette Business and innovation leadership programs at 16th St. and Wisconsin Ave. is the largest fully donor-funded construction project in Marquette’s history and will feature collaborative classroom, lab and study spaces, as well as an event space, café, and areas for programmatic centers of excellence. The building will anchor the west gateway to the heart of Marquette’s urban campus, bringing together world-class faculty, students and industry leaders to build a talent pipeline for the region’s business community and advance economic development.

The Wisconsin Titan 100 recognizes top executives from established companies and organizations which demonstrate specific, tangible contributions to the growth of their companies through high-level leadership and influence in their fields. Honorees are chosen from Kenosha, Racine, Walworth, Rock, Dane, Jefferson, Waukesha, Milwaukee, Ozaukee, Washington and Dodge counties.

The Titan 100 program is a product of Titan CEO, which brings CEOs together through private events and roundtables. Titan CEO offers a suite of resources including private coaching, high-level networking, and executive level retreats. Through its community, its aim is to work with CEOs to help them connect and grow as Titans of industry.