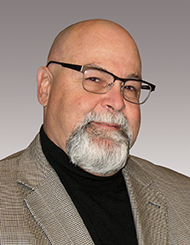 For more than 27 years, Capt. Dean Coppola was a blessing to some of the most vulnerable populations in the world as an officer in the Commissioned Corps of the U.S. Public Health Service.

Dean was an emergency response asset, serving those devastated by emergencies such as hurricanes Ike, Maria, Frances and Irma; the Ebola response; and the 9/11 World Trade Center attacks.

His team cared for those who refused to leave the site of the 9/11 attacks, still searching for missing loved ones. “I will always remember the playing of taps every time there was a recovery, and the remains were solemnly marched off site with a flag draped over them,” he recalls.

On another humanitarian mission, Dean stopped in eight countries providing dental care to some of the most impoverished people in the world.

One of his last deployments was to Liberia treating health care workers with Ebola. “To watch patients pass before your eyes from this horrific disease was so painful. But in spite of all this, I was able to see God,” he says, noting the incredible faith of his patients and their families.

“The Jesuits opened my Catholic eyes to see a world of service that I had never known before. Marquette has and continues to be a core part of who I am,” he says.