The Department of Chemistry is pleased to announce that the Fall 2021 Rathore Lecture will be given by Dr. Tim Swager on Friday, September 24, 2021 at 4 pm in room 121 of the Todd Wehr Chemistry Building.

Timothy M. Swager is the John D. MacArthur Professor of Chemistry and the Director of the Deshpande Center for Technological Innovation at the Massachusetts Institute of Technology. A native of Montana, he received a BS from Montana State University in 1983 and a Ph.D. from the California Institute of Technology in 1988. After a postdoctoral appointment at MIT he was on the chemistry faculty at the University of Pennsylvania 1990-1996 and returned to MIT in 1996 as a Professor of Chemistry and served as the Head of Chemistry from 2005-2010. He has published more than 500 peer-reviewed papers and more than 110 issued/pending patents. Swager’s honors include: Election to the National Academy of Sciences, an Honorary Doctorate from Montana State University, National Academy of Inventors Fellow, The Pauling Medal, The Lemelson-MIT Award for Invention and Innovation, Election to the American Academy of Arts and Sciences, The American Chemical Society Award for Creative Invention, The American Chemical Society Award in Polymer Chemistry, The Christopher Columbus Foundation Homeland Security Award, and The Carl S. Marvel Creative Polymer Chemistry Award (ACS).

Swager’s research interests are in design, synthesis, and study of organic-based electronic, sensory, energy harvesting, membrane, high-strength, liquid crystalline, and colloid materials. His liquid crystal designs demonstrated shape complementarity to generate specific interactions between molecules and includes fundamental mechanisms for increasing liquid crystal order by a new mechanism referred to as minimization of free volume. Swager’s research in electronic polymers has been mainly directed at the demonstration of new conceptual approaches to the construction of sensory materials. These methods are the basis of the FidoTM explosives detectors (FLIR Systems Inc), which have the highest sensitivity of any explosives sensor. Other areas actively investigated by the Swager group include radicals for dynamic nuclear polarization, applications of nano-carbon materials, organic photovoltaic materials, polymer actuators, separation membranes, and luminescent molecular probes for medical diagnostics. He has founded five companies (DyNuPol, Iptyx, PolyJoule, C2 Sense and Xibus Systems) and has served on a number of corporate and government boards. 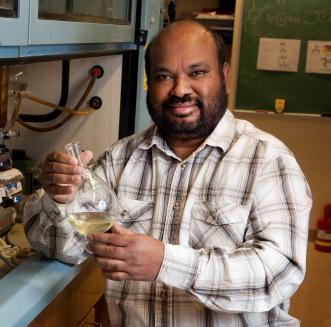 Rajendra Rathore, Pfletschinger-Habermann Professor of Organic Chemistry at Marquette University, unexpectedly passed away on February 16, 2018, following a brief battle with respiratory disease. Dr. Rathore was a devoted husband and loving father to two daughters, and had a zeal for life that was embodied in his passion for his family, as well as for his science.

Professor Rathore received his M.Sc. in 1986 from the Indian Institute of Technology (IIT)-Kanpur and earned his Ph.D. in Organic Chemistry from the University of Western Ontario in London, Canada in 1990. He was a post-doctoral research associate (1992-1997) and a visiting assistant professor (1997-2000) at the University of Houston under the supervision of Dr. Jay K. Kochi. He joined the faculty at Marquette University in August 2000.

Dr. Rathore made key contributions to the areas of organic supramolecular and materials chemistry. He was particularly interested in the rational design and synthesis of novel electro-active molecules with applications in molecular recognition, photovoltaics, and molecular electronics. His recent work demonstrated that frontier molecular orbitals can be applied in the design and synthesis of novel electro-active species, akin to their well-known application in the rationalization of pericyclic reactions.

During Dr. Rathore’s incredibly distinguished career, he has published more than 150 articles in various respected journals, including Science, Journal of the American Chemical Society, and Angewandte Chemie. He has an h-index of 35, and his research papers have been cited more than 3,700 times. Dr. Rathore’s incredible passion for research and science will live on through the Raj Rathore Memorial Lecture and Memorial Scholarship.

Research Areas
Dr. Rathore's research was broadly defined as in the area of organic supramolecular and materials chemistry. He was interested in a variety of topics with a strong emphasis on the design and synthesis of novel electro-active molecules that can be utilized as practical molecular devices for the applications in the emerging field of nanotechnology as well as in biomaterial applications. Graduate and undergraduate student and postdoctoral researchers in his group were exposed to a broad range of topics including synthetic organic chemistry, organometallic chemistry, electrochemistry, photochemistry, time-resolved laser spectroscopy, and X-ray crystallography. The projects his group pursued were independent but highly interrelated and are best summarized as follows:

This research lies at the interface of synthetic organic chemistry, molecular recognition, material science, solid state electronics, and biology with the ultimate aim of studying and exploiting new organic molecules and materials that can be used as molecular devices, such as sensors, switches, wires, ferromagnets, semiconductors, and other electronic and optoelectronic devices. To fulfill this task, the group used intra- and inter-molecular interactions that are present in supramolecular and macrocyclic assemblies containing multiple redox-active chromophores for the construction of higher-order organic materials. Ultimately, a fundamental understanding of weak interactions among molecules and ions (i.e. molecular recognition) encompasses all of these issues, and has wide ranging implications from areas as diverse as molecular machines to solar energy storage.

As an example, the group showed that a systematic study of the interaction of cofacial receptors (in which the aryl moieties are oriented at varying angles) with gaseous nitric oxide (NO)-an important biological messenger, led to the development of remarkably efficient receptors for NO (KNO > 108 M-1). The group also exploited this remarkably efficient binding of NO with stilbenoid and calixarene receptors to develop functional molecular sensors for nitric oxide. 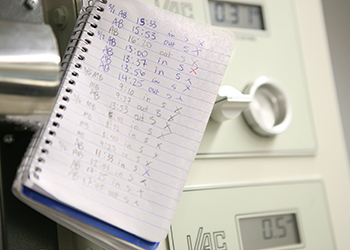