Life was going along smoothly for Inigo Lopez de Loyola who was born in 1491. He received a sparse education as many did in a semi aristocratic class. As a teenager he was sent to the household of the chief treasurer of King Ferdinand of Aragon where he was trained as a courtier. There he lived a very carefree and raucous life. Then in 1517, Inigo entered military service. His military career was cut short and his life changed dramatically when he was wounded by a cannon ball trying to defend a fortress at Pamplona from the French.

When he was stable from his wounds, he was carried back to the castle of the Loyola family to recuperate. When he was well enough to read, he asked for books which told tales of chivalry. Since no such books were available, he was given a book on the saints and another on the life of Christ. He read and daydreamed about his future. When he pondered himself performing the same heroic deeds as the saints, he notices a peace and contentment in his heart. But when he envisioned himself courting the ladies and engaging in noble military feats, he felt empty and dry. He learned to trust what brought him peace as coming from God. So once he recovered, he decided to make a religious pilgrimage to Jerusalem to spend the rest of his life visiting the places where Christ had lived and preached, suffered, died and rose.

His first stop on the journey was at a Benedictine monastery in Catalonia. There he spent a night in prayer, laid down his sword and dagger before the statue of the Black Madonna. In beggar’s clothes, he journeyed to a little town nearby, Manresa. Planning to stay for only a few days, he remained there a year. During that time he experienced great distress and aridity of soul. However, when his serenity returned, he began to experience great interior enlightenments. One day, on the banks of a river running through town, Ignatius had a vision which was the most significant of his life. God infused his understanding in such a way that he saw everything in a different light. As blessed as he was, he considered his religious experiences were given to him to help others. While he was at Manresa, many scholars believe Ignatius began to record what became the essential elements of the Spiritual Exercises.

When Ignatius finally arrived in Jerusalem, he was confirmed in his desire to spend the rest of his life visiting the holy places. But his plans were scuttled by the Franciscans who said they could not assure his protection and ordered him to return to Europe.

On returning to Barcelona in Spain, he made a commitment to pursue an education in order to serve others better. In 1524, he began his studies with youngsters in order to learn grammar. He advanced to the University of Alcala. But he was run out of town because he and his four companions were considered religiously suspect. He then went to the University at Salamanca. Again his theology and spirituality was questioned. So he journeyed to Paris to study. While in place where he lodged, he had two roommates: Peter Favre and Francis Xavier. They helped Ignatius with his studies and he helped them grow in union with God. During the years of study in Paris, Ignatius, Favre, Xavier bonded with Diego Lainez, Alfonso Salmaron, Nicolas Bobadilla and Simon Rodriguez and grew to be friends in the Lord. Once they graduated, they made a commitment to go as a group of pilgrims to Jerusalem and offer themselves to the pope for whatever ministries he though best for the Church. To that end in 1534, they vowed they would to go to Jerusalem and life a life of poverty.

The band of pilgrims never made it Jerusalem because of wars in the Mediterranean. So as a temporary measure, Ignatius, Favre and Lainez traveled to Rome to offer their services to Pope Paul III. At LaStorta, a little town outside of Rome, they stopped at a small chapel to pray. While praying, Ignatius received one of his best known illuminations. He had a vision of Jesus carrying the cross with the Father at his side. Jesus said to Ignatius, “I wish you to serve us.” And the Father added, “I will be propitious to you in Rome.”

Their future was still uncertain. To get some clarity, the companions, gathered in the Spring of 1539 every evening after working all day to discern where God was directing them. In their deliberations they decided that they could do more good together as one body rather than be scattered as individuals. They came to the unanimous decision to petition the pope to form a new religious order in the Church. It would be different from the traditional monastic communities. They would not pray the divine office together and would vow to go wherever the pope would send them. The monastery was not to be their home but the world would be their house. They would be called Companions of Jesus.

On September 27, 1540, the pope approved this band of scholars as a religious community in the Catholic Church. Soon after, the group elected Ignatius as its religious superior. The first tasks for Ignatius was to coordinate the ministry of the group, send them where they were requested or needed and draw up formal constitutions for the nascent Society of Jesus.

During the years between when he was elected the first Superior General of the Society of Jesus until his death on July 31, 1556, Ignatius became an accomplished strategist. His main task was to form a community of apostles who, though scattered over the globe, maintained union of hearts and minds with their brothers. To this end, Ignatius had his men write letters about what they were doing. He would share these letters with the other Jesuits and he would personally respond to those who wrote. In his lifetime, Ignatius wrote thousands of letters not only to Jesuits but to many laymen and women who sought spiritual direction. By the time of his death in 1556, membership in the Society of Jesus grew to a thousand. They were scattered in colleges and houses throughout Europe, India, Brazil and Japan. Ignatius became St. Ignatius in 1622 along with St. Francis Xavier. 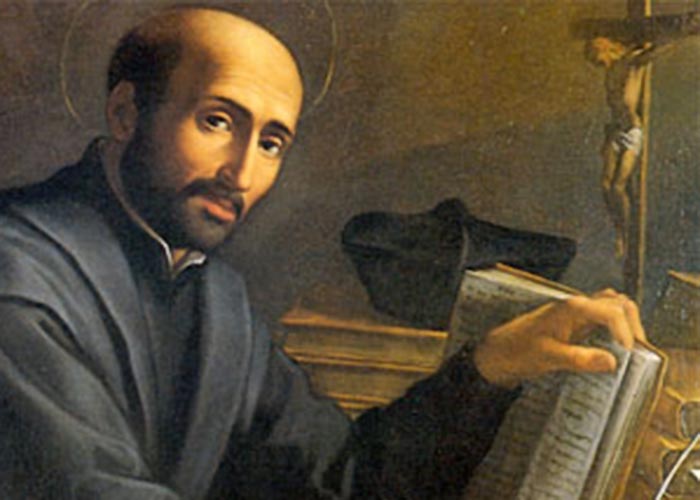