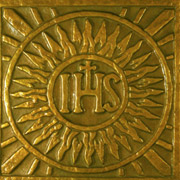 The Jesuits, or the Society of Jesus, to use the official title, grew out of six student companions gathered by Ignatius of Loyola at the University of Paris in the 1530s.

When their original project of going as missionaries to Palestine was blocked by war, they put themselves at the service of Pope Paul III. Gradually they came to see the need for rules and structures if their work and union in serving God were to continue and increase. They formed a religious order, elected Loyola as their superior general, and obtained papal approval in 1540.

The medieval orders such as the Benedictines, Dominicans, and Franciscans tried to mix ministry toward others with prayer; the Jesuits tilted the balance strongly in favor of helping others, striving to find God precisely in an active ministry. The Catholic Church was facing the crisis of the Protestant Reformation when the Jesuits were founded. By seeking to break away from Rome, the Protestants encouraged efforts at reform within Catholicism. The Council of Trent clarified Catholic doctrine, the popes largely turned from political power games and art patronage to religious revival, new religious orders sprung up—Capuchins, Ursulines, and Oratorians, besides the Jesuits.

Initial Jesuit growth was slow in northern Europe but rapid in Spain and most rapid in Portugal and Sicily, where Islam was the threat, not Martin Luther. By 1565 there were 3,500 Jesuits, by 1626 the Jesuits probably reached the zenith of their influence and counted 15,544 members. Their growth was slower during the next century, largely because they lacked the money to train candidates.

The first Jesuits made their mark as preachers, convent reformers, and missionaries, but in 1548 the Jesuits opened their first college intended for lay students at Messina in Sicily. It was an instant success, and petitions for more Jesuit colleges flowed into Rome from most of the cities of Catholic Europe.

Quickly, education became the main Jesuit ministry. By 1579 the Jesuits were operating 144 colleges (most admitted students between twelve and twenty) in Europe, Asia, and Latin America. By 1749 the Jesuits were staffing 669 colleges and 235 seminaries world-wide. The Jesuit system of education, building on the curriculum devised by Renaissance humanists, was codified in the Ratio Studiorum of 1599. This approach controlled Jesuit education until the late nineteenth century, when American Jesuit universities began to make adjustments to the conditions in the United States.

Marquette University was a pioneer in educating women, first in nursing and education, then in other disciplines.

With education went writing books—textbooks, catechisms, scholarly works in theology and philosophy, answers to Protestant polemics, scripture studies, plays written for production at Jesuit colleges, descriptions of the peoples and parts of the world visited by Jesuit missionaries. The Jesuits introduced China to Western science and philosophy.

Missionary work has always been among the most prized of Jesuit ministries, from Francis Xavier to the present. In Loyola’s lifetime, missions were opened in Africa, India, Malaysia, Indonesia, and Japan. Later there were Jesuit missionaries working in North and South America.

Jesuits often had to work underground in countries whose rulers persecuted Catholics, and many suffered martyrdom— as did Edmund Campion, Paul Miki and Miguel Pro.

The Jesuits have made many enemies for many different reasons during their long history. In the mid-eighteenth century they were hated by the philosophers, many of them deists, for their religious faith. The Jesuits were distrusted by the Enlightened Despots because they opposed growing state control of religion and supported the pope. The kings of Portugal, France, Spain and Naples, urged on by advisors who were disciples of the philosophes, first drove the Jesuits from their own lands, then forced the pope to suppress the Order around the world in 1773. Thanks to a technicality in the Brief of Suppression and the benevolence of Catherine the Great, the Jesuits survived in Russia.

Because of the Suppression, the Jesuits played only a small role in the first decades of the American Catholic Church, but a former Jesuit, John Carroll, was the first American bishop. Other former Jesuits, notably Pierre de la Clorivière, played crucial roles in the establishment of congregations of teaching nuns, who were to be the backbone of American Catholic education in the period 1850-1960.

After the era of the French Revolution and Napoleon, there was a reaction to the ideas of the Enlightenment and a religious revival. Pope Pius VII restored the Jesuits worldwide in 1814. By 1830 there were 2,137 Jesuits, by 1900 there were 15,073. The high point came in mid-1960s with 36,000 Jesuits. The Jesuits remain the church’s largest male religious order.

The Jesuits continue to operate a unique network of schools around the world, most notably in the United States, where there are twenty-eight Jesuit universities, almost all in large cities and forty-six Jesuit high schools. There are also Jesuit universities in such cities as Rome, Madrid, Beirut, Manila, Tokyo and Seoul.

Jesuit periodicals appear in most of the world’s major languages, and some 500 Jesuits work in the communications media, mainly in the Third World.

Jesuits continue to work throughout the world, from prestigious schools to refugee camps, to do their best “for the greater honor and glory of God” — A.M.D.G. 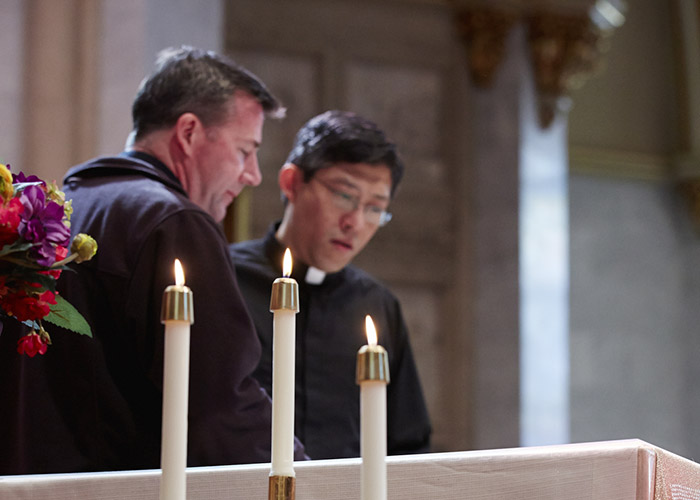