Remembering the 25th Anniversary of the Martyrs in El Salvador

On November 16, 2014, Jesuits and their colleagues throughout the world will pause to remember the six Jesuits along with their housekeeper and her 16-year-old daughter who were murdered twenty-five years ago. It was in the middle of the night on November 16, 1989 when a battalion of the Salvadoran military entered the University of Central America and broke into the Jesuit Community. There they methodically beat and shot the six Jesuits and dragged some of them into the back yard. And then they brutally murdered the housekeeper and her daughter who had sought safety in the Jesuit residence that night.

These Jesuits were murdered because they reached out to offer their support in writing, teaching and sermons for the poor and the oppressed of the country. Military oppression of the population was long standing because the handful of wealthy landowners of the country strove to preserve their holdings at any cost and the military were in their pockets.

So let us pray:

May the courageous example of the Jesuit Martyrs and their companions encourage us in our quest for respect and equal rights for all men and women. May what they were striving to achieve for the poor and the oppressed—their rights as human persons—strengthen us in our efforts to promote a world where peace, justice and love mark relationships among all peoples and between nations. And may all of us experience Christ as Liberator, as the martyrs did, from our prejudices, fears and narrow opinions so that we can be dialogical and respectful of others’ viewpoints for greater unity in our homes, families, cities, nation and globally. And so we pray: 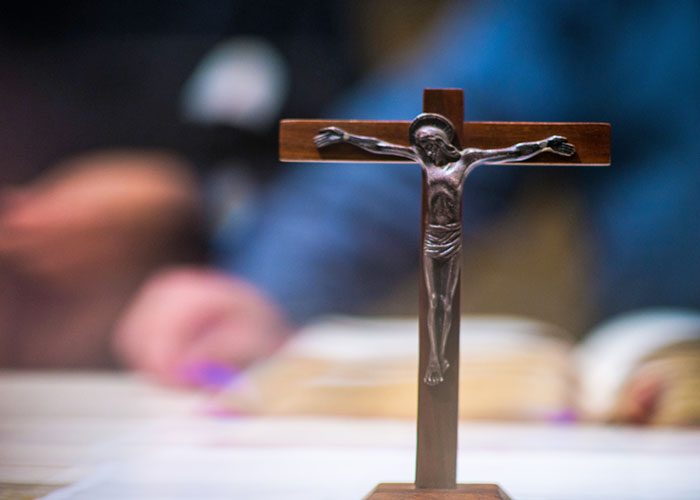