What are the Spiritual Exercises of St. Ignatius?

The Spiritual Exercises of St. Ignatius Loyola are a means of opening oneself to the work of God in one’s life. Ignatius, a Basque nobleman of the late 15th and early 16th centuries underwent a powerful spiritual conversion in his late twenties. Recovering from a battle wound over the course of many months, Ignatius spent hours contemplating his life’s purpose and the compelling examples set by saints such as Dominic and Francis. He determined to leave the life of privilege to which he had become accustomed, and commended himself and all of his energies to serving God. Ignatius’ desire was to “help souls” and he engaged in spiritual conversation with almost anyone he met. The experience of his own conversion led Ignatius to share what he learned with others and, eventually, refine his personal prayer journal into what we now call the Spiritual Exercises.

When we speak of Ignatius “receiving” the Exercises from God, what we really mean is that he paid close attention to the way in which God led him, like a patient teacher, to growing faith and freedom. In reflecting on and writing about his spiritual journey, Ignatius became convinced that his experiences were to be shared for the good others -- and that, in fact, particular practices of prayer, imagination, and self- abnegation would lead others along a similar spiritual road toward God and a deep sense of joy. Over nearly five centuries, these same Exercises (i.e., guidance and instruction to retreat directors for helping another person make a spiritual retreat) have been passed down, person to person, in a chain of faith that has affected the lives of countless women and men.

There is a pattern to the Spiritual Exercises, consisting of four essential movements or “weeks,” each with its own spiritual gifts (Ignatius called them “graces”) and challenges. Ignatius originally conceptualized the retreat as a one-month experience, so these weeks were merely approximations of time, always to be adapted by the director. These are not rigid stages for a retreatant to follow. Rather, they represent a map for identifying one’s spiritual place and progress. The movements marking each Week are, essentially:

Typically, the Spiritual Exercises are given individually to a retreatant in one of three forms: (1) the traditional, 30-day retreat, (2) an abbreviated 8-day retreat, or (3) a retreat in daily life (also referred to as a “nineteenth annotation retreat,” in which the retreatant does not remove him or herself from the duties of daily living, but instead meets weekly with a director and incorporates the prayer of the Exercises into daily practice. In addition to these common forms, other adaptations have been developed over the centuries, including weekend retreats, couples’ retreats, and group retreats of many kinds. Often these adaptations constitute an introductory experience of the Spiritual Exercises, and may be followed, at some later time, by one of the three traditional forms.

Directors of the Spiritual Exercises are men and women, religious, married, or single. The spirituality is very much in-the-world and appealing to many kinds of people. Ignatius wrote the Spiritual Exercises as a Catholic, and the rich, imaginative approach to prayer is reflective of Catholic sacramental tradition. There are also many Christians of other denominations who find the retreat and it spirituality accessible and life-giving. Whether the Spiritual Exercises are an appropriate method of prayer for non-Christians is a point of considerable debate, since they are inarguably Christological (i.e., centered on an experiential understanding of the life, death, and resurrection of Jesus). Perhaps a more fruitful question is whether the human elements of the four weeks – radical honesty in light of a loving God, the desire to serve with generosity, a willingness to suffer for the good, and an acknowledgement of divine accompaniment in community – may be shared and explored with non-Christians in other ways.

Deriving from the Spiritual Exercises is what is known as “Ignatian Spirituality,” which is commonly understood to mean the ways in which we incorporate the priorities and worldview of the Spiritual Exercises into our way of living. Thus an awareness of key themes from the retreat, particularly spiritual freedom and discernment, becomes part of our consciousness and affects our decisions. Among the most central practices of Ignatian spirituality is the Examination of Consciousness or “Examen.” This daily prayer period, during which we express gratitude to God, reflect on the experiences of our day and God’s activity in them, and ask for light in the future is the “bread and butter” of Ignatian spirituality. The practice was so essential to Ignatius of Loyola that he charged his fellow Jesuits with praying the Examen twice each day. 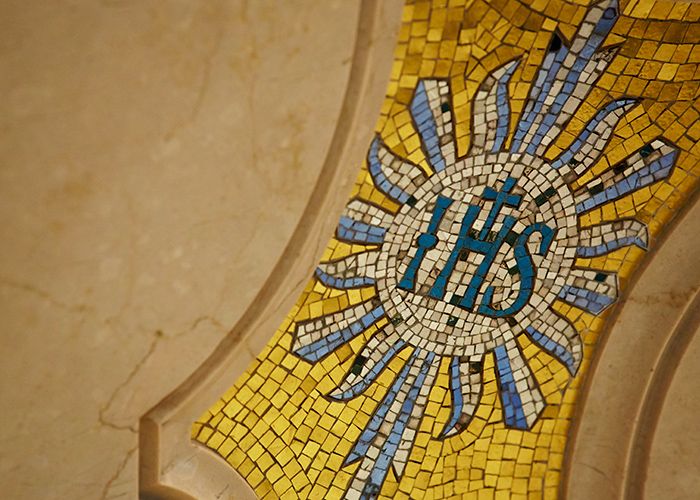