Election of Advisory Board Vice-Chair for 2017-18 Academic Year. Ms. Trecek moved to nominate Mr. Stanley for the position of Board Vice-Chair, with a term of one year. The motion was seconded by Mr. Dombrowski and passed unanimously.

Burglary Spree. The Chief indicated that there were a significant number of burglaries in the area since the last Board meeting. It was determined that 100% of the burglaries occurred at unlocked homes/apartments. MUPD tracked the pattern and apprehended a suspect last week. He was a repeat offender who was charged with, and confessed to, all 11 burglaries.

Annual Security Report. Earlier this month, MUPD distributed the Annual Security Report to the Marquette community, specifically all students and employees. This report is primarily driven by the Clery Act, a federal law. Although the robbery numbers increased in 2016, they are still less than the number of robberies in the surrounding area, overall. Burglaries stayed steady, and there was an increase in auto thefts, which is reflective of City and County trends. There was also a slight increase in thefts. There were no car jackings on campus. The Chief sent out a letter to multiple outlets clarifying the statistics and providing additional information on crimes in the MUPD patrol zone (which is wider than the Clery geographical areas).

Expansion of Patrol Zone. Chief Mascari indicated that MUPD has recently expanded its patrol zone, to include Marquette property that was not previously included (e.g., the Service Building, the APRC site, Valley Fields), and routes to/from those properties.

Pedestrian/Traffic Safety. The Chief indicated that MUPD is actively looking at various ways to improve pedestrian and traffic safety both on campus and in surrounding areas. Problems include speeding motorists on N. 16th and N. 17th Streets; MUPD is actively enforcing speed limits in these areas. MUPD is working with a traffic engineering consultant to look at streets and stoplight options (e.g., making N. 16th and N. 17th Streets two-way streets, which typically slows traffic). Speed bumps are not an option on non-residential streets, unfortunately.

Implementation of Body Cameras. The Chief indicated that MUPD is not where it had hoped we to be at this point with respect to the implementation of body cameras. Axon, one of the leading body camera companies, had initially indicated that it would provide free cameras to police departments, including MUPD. Unfortunately, this offer was much more popular than Axon thought it would be, and this free offer is no longer available to us. Consequently, MUPD is looking at different funding solutions for body cameras. This development will likely increase the project cost by more than $30,000.

Selection of Next Meeting Date. The next Board Meeting was tentatively set for Friday, December 1, 2017. Location to be announced.

Adjournment. Ms. Trecek moved to adjourn, Mr. Dombrowski seconded. There being no further business, the meeting was adjourned by the Chair at 11:35 a.m. 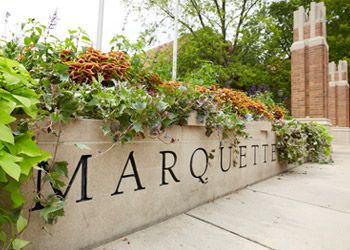