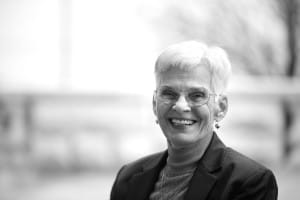 MILWAUKEE — Dr. Judith Mayotte will be the keynote speaker at Marquette University's 135th Commencement ceremony on Sunday, May 22. Mayotte boasts a long career as a teacher, author, television producer and humanitarian.

As part of the ceremony, she will also receive an honorary degree.

In his formal invitation to Mayotte, Marquette President Michael R. Lovell said her "insights, humility and focus on helping others is truly admirable. [Her] distinguished career as a teacher, author, television producer and humanitarian has added significantly to our knowledge of the world."

"Judy Mayotte embodies Marquette's mission and values, and is a superb role model for our graduates," President Lovell added.

One of Marquette's best known alumnae, Mayotte earned a Ph.D. in 1976 and has been a pioneer in women's studies and an Emmy and Peabody Award winner for her work in the documentary series Portrait of America.

After receiving a grant to study refugees in 1989, she dedicated her life to working with those suffering most from the world's conflicts, paying a personal price for her efforts when she lost a leg during a food drop to Sudanese refugees in 1993 – just after the publication of her book Disposable People?: The Plight of Refugees. She served as an adviser to President Clinton's administration on refugee policy. In 2005, Mayotte was the founder of Marquette's South Africa Service Learning program in Cape Town, South Africa.

She has been the focus of study herself, the subject matter of a segment of the PBS documentary series Visionaries and the Smithsonian's National Underground Railroad Freedom Center.