Lecture series and programming announced for “J.R.R. Tolkien: The Art of the Manuscript” at Marquette’s Haggerty Museum of Art 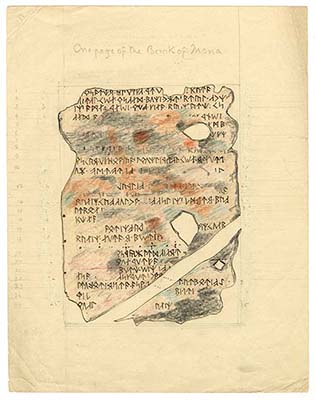 MILWAUKEE — The Haggerty Museum of Art and Raynor Memorial Libraries at Marquette University announce the presentation of a slate of programming, including a lecture series, in conjunction with the collaborative exhibition “J.R.R. Tolkien: The Art of the Manuscript.” The exhibition will feature the original manuscripts created by J.R.R. Tolkien for his literary classics “The Hobbit,” “The Lord of the Rings” and other works.

All lectures will be held at the Haggerty Museum of Art and will include time for questions and answers. The lectures will be streamed online for audiences who wish to attend virtually. Due to limited capacity, advanced reservations will be required and can be made online.

Other programming highlights include:

The lectures and programs will be free of charge. Tickets for the “J.R.R. Tolkien: The Art of the Manuscript” exhibition are on sale now. Tickets are $10 for general admission and $8 for senior citizen and active military (with I.D.). Friends of the Haggerty Museum of Art members, K-12 educators, children aged 17 and under, and Marquette University students, faculty members, and staff members are free with advance reservations and a valid I.D. The exhibition will be open until 8 p.m. on the night of each lecture.

About the Haggerty Museum of Art

The Haggerty Museum of Art at Marquette University is an innovative nexus of interdisciplinary learning where creativity, intellect and social justice intersect. Located in the heart of the Near West Side, adjacent to downtown Milwaukee, and open daily, the museum is one of the most accessible arts venues in the city.