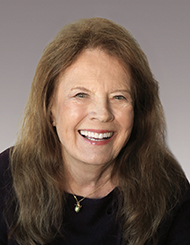 When Mary-Ann graduated in 1957, female journalists were rarely given the opportunity to cover front-page news. She was determined to chase those big stories anyway.

It took her six years to get her first job in journalism — she produced a radio talk show for KNX in Los Angeles — but that was just the push she needed. Mary-Ann eventually landed jobs at CBS, USA Today, Entertainment Tonight and several national magazines, where she interviewed some of the most well-known celebrities and dignitaries in the world. Her subjects have included the Dalai Lama, the presidents of El Salvador and Finland, Oprah Winfrey, Lucille Ball, Dolly Parton, James Stewart and Benjamin Netanyahu (twice). And even though she had to call every Monday for two years to secure an interview, she was able to profile Jonas Salk, too.

At Marquette, Mary-Ann’s history professor, Rev. Gregory Huger, S.J., encouraged her desire to travel the world. Her work has taken her to all seven continents at least once. She reported on orphans in Romania and the aftermath of the Chernobyl disaster in Gomel, Belarus. She even spent three months as a reporter on the Greenpeace ship, the MV Gondwana, covering the protests of Japanese whaling in Antarctica. “My USA Today story reached President George H.W. Bush the day he met with the Japanese prime minister,” she says.

Today, Mary-Ann profiles other Marquette alumni for the university and mentors current student journalists. “Marquette defined my life,” she says. “Learning ethics and empathy made looking for truth as a journalist easy.”

Fun Fact: The mayor of Gomel, Belarus, gave Mary-Ann a key to the city in recognition of her story on Gomel.