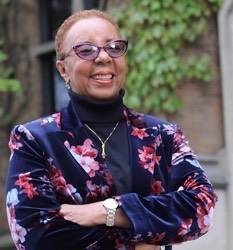 In its proud history, the Educational Opportunity Program has supported thousands of students who have gone on to successful careers and who have made countless contributions to the communities in which they live. Many have distinguished themselves as leaders within their respective fields. In politics and public service alone, EOP can count among its local alumni; a congresswoman, a judge, several aldermen, and both the current and former President of Milwaukee’s Common Council.

When long-time EOP Director Sande Robinson retired, the staff believed that there could be no more fitting tribute to Sande’s legacy of nurturing future leaders than to establish an honor society and service organization in her name. The Sande Robinson Emerging Leaders initiative (SREL) intends to facilitate the development and recognition of student leaders in all five of EOP’s TRIO programs.

By recognizing our students for their leadership activities and providing them with opportunities to develop their leadership skills, EOP believes that its students, as well as members of Marquette’s Ethnic Alumni Association and the greater Milwaukee community, will be better able to learn with and because of each other. 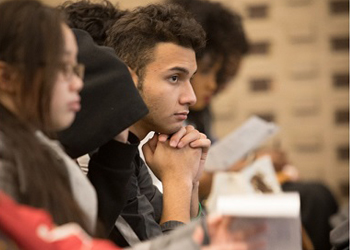