Jesus had set his face resolutely toward Jerusalem. He knew the authorities were out for him because they considered him a blasphemer. They accused him of making himself equivalent to God because he forgave sinners. It was a common understanding that if the leader of a sect would be done away with his followers would disperse. Jesus was aware of the plotting against him. So Jesus was making a courageous journey toward Jerusalem with his disciples. Shortly before reaching Jerusalem, he stops at the Mount of Olives which is a limestone ridge on the east side of the Kidron Valley. He would make the last part of the journey to fulfill the words of the prophet about him. As he was proceeding toward Jerusalem people recognized him and they escorted him into Jerusalem as a king. This must have convinced the authorities to get rid of him as quickly as possible.

When Jesus and the disciples drew near to Jerusalem and came to Bethphage on the Mount of Olives, Jesus sent two disciples, saying to them, “Go into the village opposite you and immediately you will find an ass tethered, and a colt with her. Untie them and bring them here to me. And if anyone should say anything to you, reply, “The master has need of them. Then he will send them at once.” This happened so that what had been spoken through the prophet might be fulfilled: Say to the daughter Zion, “Behold, your king comes to you, meek and riding on an ass, and on a colt, the foal of the beast of burden.” This disciples went and did as Jesus had ordered them. They brought the ass and the colt and laid their cloaks over them, and he sat upon them. The very large crowd spread their cloaks on the road, while other cut branches from the trees and strewed them on the road. The crowds preceding him and those following kept crying out and saying, “Hosanna to the Son of David; blessed is he who come in the name of the Lord; hosanna in the highest. And when he entered Jerusalem the whole city was shaken and asked, “Who is this?” And the crowds replied, “This is Jesus the prophet from Nazareth in Galilee.”

Reflection on the Preface from the Mass:

For though innocent, he suffered willingly for sinners and accepted unjust condemnation to save the guilty. His death has washed away our sin and his resurrection has purchased our justification. 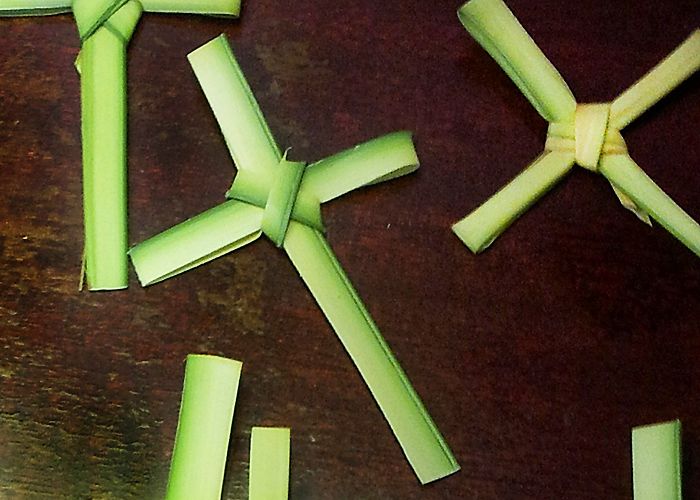