Please join the Marquette University community in this celebration

Wednesday, July 31, 2019
Chapel of the Holy Family
Mass at 12pm, a light lunch will follow in the Narthex
RSVP to Mission and Ministry

St. Ignatius Loyola was born in 1491 and died on July 31, 1556. When he was a youth, he joined the Spanish army and his bravado led him to sustain a life-threatening injury. During his recovery, he was led by God to change his priorities from serving the Spanish king to Christ the King. Needing an education to be a credible preacher and teacher, he went to the University of Paris for a degree in theology. There, he inspired six companions to join him as a religious community. The Society of Jesus, or Jesuits, was approved in September 1540.

In 1548, Ignatius was invited to open a school in Messina, Sicily. The school was such a success that people from all over Europe asked the Jesuits to open schools for their children. The tradition continues today with Jesuit universities, Jesuit high schools, Cristo Rey schools and Nativity middle schools in the United States.

We gather to celebrate the life and ministry of St. Ignatius Loyola and also his inspiration, which animates our work at Marquette. 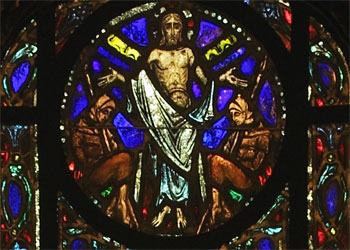 Dedicated to serving God by serving our students, faculty, and staff, Marquette University contributes to the advancement of knowledge by searching for truth, discovering and sharing knowledge, fostering personal and professional excellence, promoting a life of faith, and developing service leadership in others.

At Marquette, we believe the pursuit of excellence is a lifelong endeavor and education needs to encompass the whole person, through formation of the hearts and minds. We are committed to the unfettered pursuit of truth under the mutually illuminating powers of human intelligence and Christian faith. All members of the Marquette community, from every faith tradition, give concrete expression to these beliefs by giving of themselves in service to those in need.