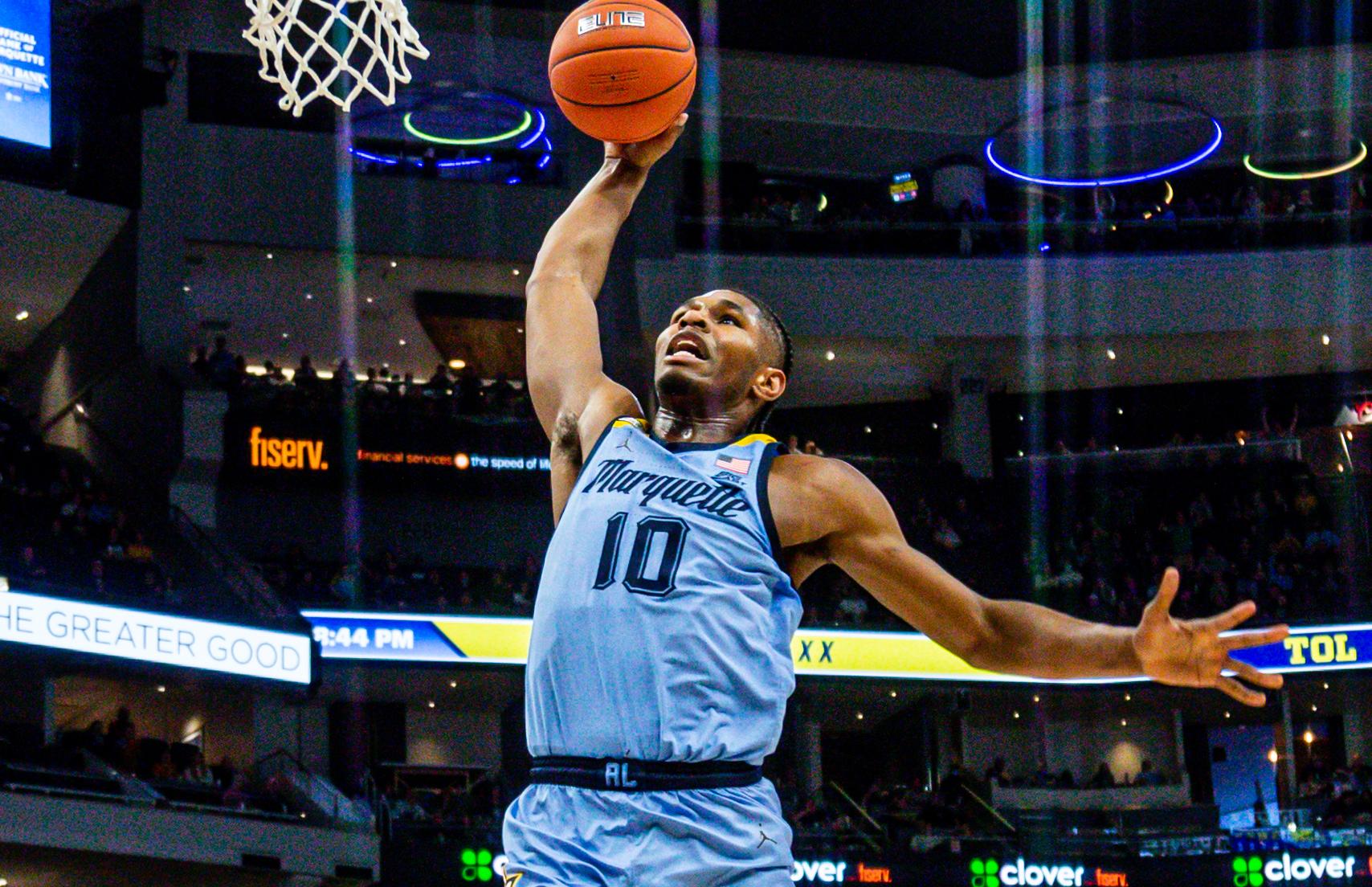 MILWAUKEE — As March Madness takes over the national conversation, Marquette University is available to assist with coverage of the NCAA Tournament.

Marquette is the host institution for the first two rounds of the NCAA Men’s Basketball Tournaments at the Fiserv Forum, and the nine seed Golden Eagles men’s basketball team heads to the first round site in Ft. Worth, Texas, to take on eight-seeded North Carolina. Marquette’s women’s basketball team will host the Ball State Cardinals in a WNIT matchup on Wednesday.

NOTE: Marquette is on spring break the week of March 13-19, so there will be limited students on campus for watch party or media opportunities.

Experts are available for additional topics either by searching the Marquette experts directory or by contacting Kevin Conway, associate director of university communication, at kevin.m.conway@marquette.edu.