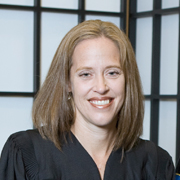 Candidate presented by: Dr. William Henk, Dean of the College of Education

Wendy Sue Kopp is the founder and chief executive officer of Teach For America, the national corps of recent college graduates who commit to teach for at least two years in urban and rural public schools and become lifelong leaders in pursuit of educational excellence and equity. Teach For America’s mission is to build a movement to eliminate educational inequity in our nation by enlisting its most promising future leaders in the effort. Its vision is that one day all children in this nation will have the opportunity to attain an exceptional education.

Ms. Kopp proposed the creation of Teach For America in her undergraduate senior thesis in 1989 at Princeton University where she earned a bachelor’s degree in the Woodrow Wilson School of Public and International Affairs. She has spent the last 20 years working to sustain and grow the organization. During the 2009-2010 school year, some 7,300 corps members have been teaching in our country’s neediest communities, reaching more than 450,000 students. They join the nearly 17,000 Teach For America alums who—still in their 20s and 30s—are already assuming significant leadership roles in educational and social reform.

Under Ms. Kopp’s leadership, Teach For America is in the midst of an effort to grow to scale while maximizing the impact of corps members and alumni as a force for change. She also serves as the chief executive of Teach For All, which is supporting the development of Teach For America’s model in other countries.

Ms. Kopp serves on the board of directors of The New Teacher Project, The Broad Center, and on the advisory boards of the Center for Public Leadership at Harvard University's Kennedy School of Government, the Center for the Advancement of Social Entrepreneurship at Duke University, and the National Council on Teacher Quality.

In 1994 Time Magazine recognized Ms. Kopp as one of the forty most promising leaders under 40, and in 2008 as one of the World’s 100 Most Influential People. U.S. News & World Report named her as one of America’s Best Leaders in 2006.

She received the Presidential Citizens Medal in 2008, and has also been recognized with the Harold W. McGraw, Jr. Prize in Education Award (2006), the John F. Kennedy New Frontier Award (2004), the Clinton Center Award for Leadership and National Service (2003), the Schwab Foundation's Outstanding Social Entrepreneur Award (2003), Aetna's Voice of Conscience Award (1994), the Citizen Activist Award from the Gleitsman Foundation (1994), and the Jefferson Award for Public Service (1991). In addition, she is the youngest person and the first woman ever to receive Princeton University's Woodrow Wilson Award (1993), the highest honor conferred upon undergraduate alumni.

Ms. Kopp resides in New York City with her husband, Richard Barth, and their four children.

Because of her commitment to the ideal of social justice in education, Reverend President, I hereby recommend Wendy Kopp for the degree Doctor of Letters, honoris causa.