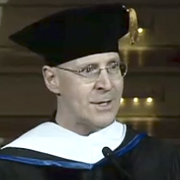 Father James Martin is a Jesuit priest, author, and Editor at Large at America, the national Catholic magazine.

His most recent book, Jesus: A Pilgrimage, published this spring articulates historical, Biblical, spiritual, and personal perspectives of the life of Jesus. Among his other books, Between Heaven and Mirth: Why Joy, Humor and Laughter are at the Heart of the Spiritual Life, was named as one of the “Best Books” of 2011 by Publishers Weekly. The Jesuit Guide to (Almost) Everything: A Spirituality for Real Life, a New York Times bestseller, was honored with a Christopher Award, and was a number one bestseller in Catholic books. His memoir My Life with the Saints, which received a 2007 Christopher Award, was also named one of the Best Books of 2006 by Publishers Weekly, and received a First Place Award from the Catholic Press Association. It has sold more than 120,000 copies and is used in universities, high schools, parishes, and book clubs around the world.

Besides articles in Catholic publications such as America, Commonweal, U.S. Catholic, Catholic Digest and The (London) Tablet, Father Martin has written for the New York Times, Wall Street Journal, Boston Globe, Chicago Tribune, Philadelphia Inquirer, O Magazine, and other newspapers and websites, including Slate, Time, CNN, and The Huffington Post. He has commented on religion and spirituality in the national and international media, and has appeared on all the major radio and television networks, and in venues as diverse as National Public Radio's “Fresh Air with Terry Gross,” NPR’s “Weekend Edition,” PBS’s “Newshour,” Comedy Central’s “The Colbert Report,” and Fox News Channel's “The O'Reilly Factor,” as well as ABC, NBC, CBS, CNN, MSNBC, PBS, The History Channel, the BBC, Voice of America, and Vatican Radio. Father Martin served as expert for ABC News during the papal conclave of 2013. He has been invited by Catholic dioceses and archdioceses, and colleges and universities, across the country to give talks, workshops, and retreats.

Father Martin has worked in hospital settings, housing projects and community centers, a Nativity school, and with refugees in Cambridge, Massachusetts; Kingston, Jamaica; Chicago; New York; and Nairobi, Kenya. He currently serves as a spiritual director and he assists the parish of St. Ignatius Loyola in New York.

Tens of thousands of individuals follow Father Martin on Facebook, Twitter, Instagram, and other virtual outlets. Reflective, provocative, prayerful, and pithy, he offers insight, support, and challenge in wide discourse. He is a maverick of social media who provides purpose and depth in public messaging.

A 1982 graduate of the University of Pennsylvania, Father Martin worked in corporate finance before entering the Society of Jesus in 1988. As a Jesuit he studied philosophy at Loyola University Chicago and he earned master’s degrees in divinity and theology from Boston College. He was ordained to the priesthood in 1999, and he professed final vows to the Society of Jesus in 2009.

Because of his achievements as an author, communicator, and minister, and as a prophet of social media, Reverend President, I hereby recommend Father James Martin of the Society of Jesus for the Marquette University degree of Doctor of Letters, honoris causa.