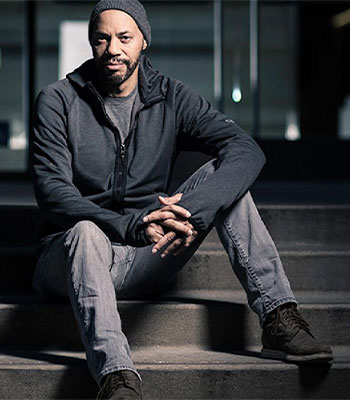 John Ridley is a director, Oscar-winning screenwriter, novelist, playwright and showrunner. He received the Academy of Motion Picture Arts and Sciences Award for Best Adapted Screenplay for 2013's 12 Years a Slave. His critically acclaimed documentary about the Los Angeles uprising, Let It Fall: Los Angeles 1982-1992, premiered in theaters and aired on ABC in 2017.

Ridley wrote and directed the innovative Jimi Hendrix biopic Jimi: All Is By My Side, and was the creator, director and executive producer of ABC’s Emmy-winning anthology series American Crime, which aired from 2015 to 2017. He received the NAACP Image Award for Outstanding Director in a Drama Series as well as a nomination for the Emmy Award for Outstanding Writing for a Limited Series for American Crime. His limited series Guerrilla, starring Idris Elba, Freida Pinto and Babou Ceesay, aired in 2017.

A Milwaukee native, Ridley opened NO Studios in 2018. NO Studios was designed to provide a social space dedicated to the creation, curation and presentation of art in Milwaukee, offering space for local use in creative fields to a curated group of tenants. In 2019, Marquette cohosted NO Studios’ inaugural social justice summit, “Art Activated,” bringing together a variety of activists, artists, authors and academics to discuss the lived experience of disenfranchisement and offer solutions to some of the most pressing social justice issues affecting us locally, nationally and internationally.

The Other History of the DC Universe, a new graphic miniseries he is writing for DC Comics, launched in 2020 to critical acclaim. Ridley considers important questions in his work, including, "What is this person going through? What have they been gifted in life? What do they have to discover? What are the things they are fighting for or against?” Ridley is the author or co-author of seven novels and three graphic novels, including The Authority: Human on the Inside. He also wrote the play Ten Thousand Years, which had its premiere in 2005.

Ridley earned a bachelor’s degree in East Asian languages from New York University. He performed standup comedy in New York and made appearances on Late Night with David Letterman and The Tonight Show Starring Johnny Carson before writing for television sitcoms including Martin, The Fresh Prince of Bel-Air and The John Larroquette Show.

Ridley’s novels, screenplays and other writings regarding race relations and justice resonate with a Catholic, Jesuit education where critical thinking is the cornerstone of learning.

Because of his ability to so uniquely communicate the importance of storytelling in understanding our human experience and his unwavering commitment to social justice, John Ridley has been selected to receive the Marquette University degree of Doctor of Letters honoris causa.