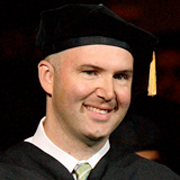 For nine years beginning in 1998 Mr. Rushin wrote a weekly column for Sports Illustrated called “Air and Space.” The 40-year-old very recently made the decision to leave the magazine in order to have more time to write books.

Called “the best sportswriter in the country” by the St. Paul Pioneer Press and “certainly the most fun to read” by the Hartford Courant, Mr. Rushin has also been described as “one of the most agile essayists around” by Publishers Weekly, which listed his book Road Swing among the Best Books of 1998. Money Magazine called the book “one of the funniest travelogues ever written” and Sports Illustrated named Road Swing one of the top 100 sports books of all time.

According to the Ottawa Citizen, “Mr. Rushin [takes] full advantage of his true talents – an unmatched eye for absurdity and an uncanny ability to convey it in a way that brings tears of laughter and sorrow.”

Rushin has written from Greenland, Indonesia, India, Japan, Finland, Sweden, Norway, Australia, Germany, Italy, France, Belgium, Canada, the United Kingdom, Ireland, and Morocco. His stories from the 1998 Winter Olympics in Japan won the Prix des Medias Olympiques for excellence in journalism for his coverage of the Games. He has also written about movies for the New York Times.

A collection of Rushin’s travel and sports writing – The Caddie Was A Reindeer: And other Tales of Extreme Recreation – was published by Grove/Atlantic in 2004. It was named a semifinalist for the Thurber Prize for American Humor.

A native of Bloomington, Minnesota, Mr. Rushin now lives in Connecticut with his wife, Ms. Rebecca Lobo, who regularly and unsurprisingly beats him at H-O-R-S-E. The couple has two daughters, Siobhan and Maeve.

Because of his excellence in a wide variety of journalistic endeavors and his unique gift of documenting the human condition through his writing, Reverend President, I hereby recommend Steve Rushin for the Marquette University degree of Doctor of Letters, honoris causa.