Derek Taylor is happy to join the Office of Occupational Therapy, and the Marquette family.

Prior to joining the University, Derek had a twenty year career as an opera singer. In 2005 Mr. Taylor graduated from the prestigious Academy of Vocal Arts in Philadelphia. Since then, he went on to sing leading roles with the Metropolitan Opera, Vienna State Opera, and Los Angeles Opera only to name a few. He is also featured on the Grammy winning recording of Kurt Weil’s Rise and Fall of the City of Mahagonny.

Mr. Taylor met his wife Evelyn Pollock singing together with the Santa Fe Opera, and now have three children. Evelyn is a recent graduate of the Department of Speech Pathology, and together they live happily in Fox Point along with their dog Colonel. 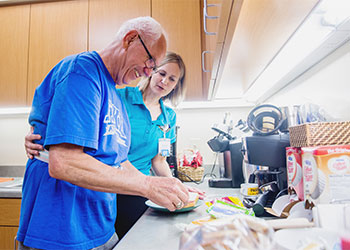