Under the guidance of former Marquette president Rev. Robert A Wild, S.J., the university established the Urban Scholars Program, which provided at least five annual full-tuition scholarships. Given the retention rates of up to 98% and graduation rates above 90%, President Michael R. Lovell granted the expansion of the program to up to 40 full-tuition scholarships with room and meal plan for selected applicants as they are available. Those not selected for the housing and meal plan portion of the scholarship may use federal Pell Grant funds subsidize the balance.

The merit-based Urban Scholars Program is designated for, but not limited to, graduates from high schools in the greater Milwaukee area who are first generation or low income. Our preference is to continue to select phenomenal applicants who are first-generation college-goers and show financial need, but it is not a deal-breaker. Citizenship has no bearing on the awarding of this scholarship.

The Urban Scholars award guarantees that a student's state and Marquette gift assistance cover all tuition costs for four years (eight semesters) of the scholar’s undergraduate program through completion of their first undergraduate degree, provided that the student remains in good academic standing. The award is based on academic merit, demonstrated financial need and sustained leadership in service. 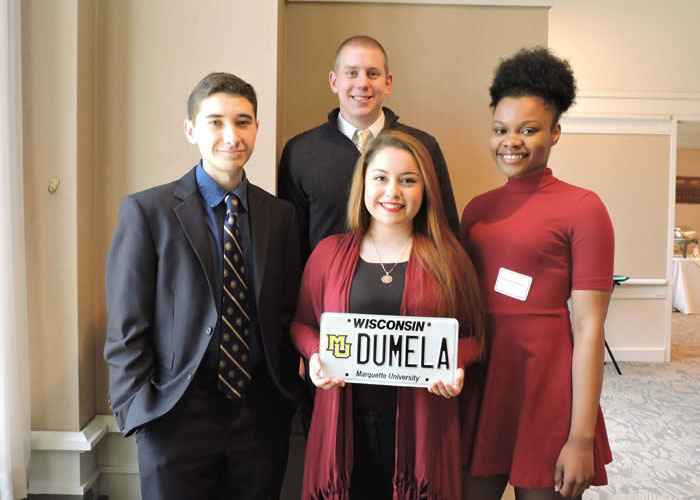